Vi punches her way into Fortnite in new League of Legends: Arcane crossover

Vi punches her way into Fortnite in new League of Legends: Arcane crossover 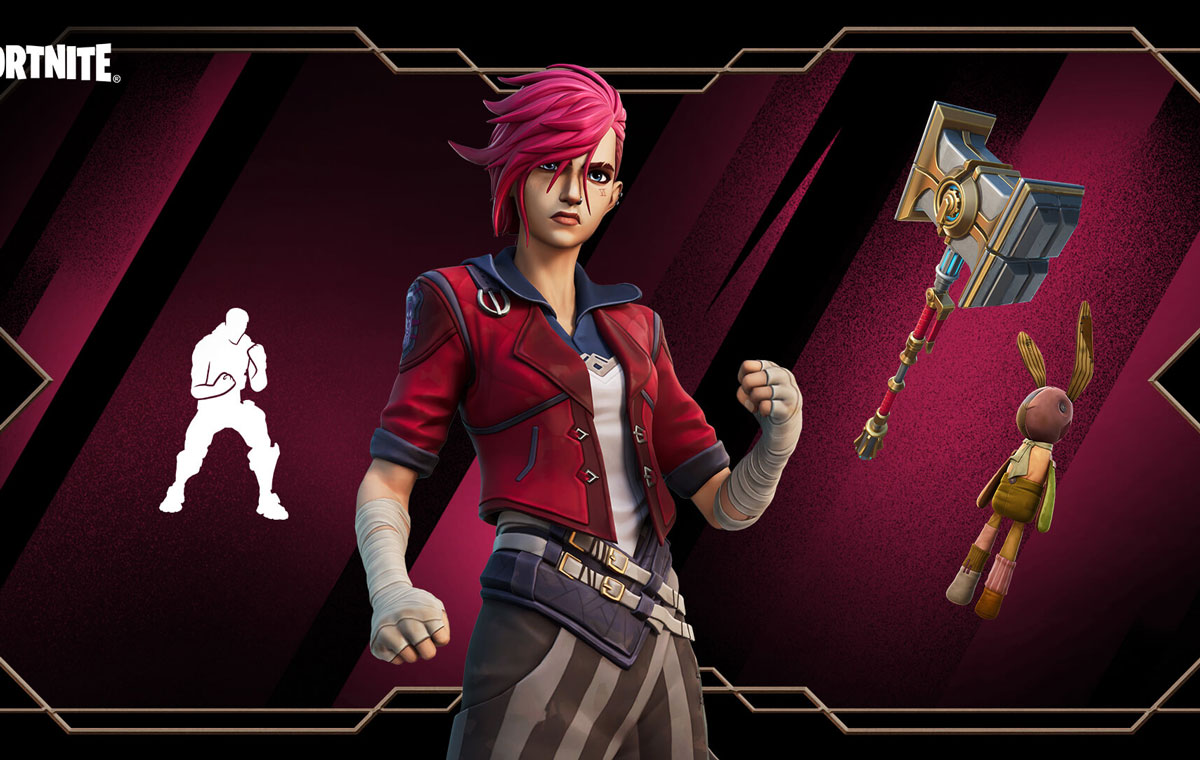 Fortnite is crossing over with Netflix’s League of Legends series Arcane with new cosmetics and emotes for Vi. Vi’s unstable sister Jinx got her own Fortnite cosmetics last November, so this isn’t the first time Epic Games and Riot Games have collaborated for skins.

Vi’s new skin is modeled after her appearance in Arcane, rather than League of Legends itself. Her cosmetics include a skin, Back Bling, a pickaxe and an emote - all of which are now available in-game in Fortnite’s Item Shop for V-bucks. If you’re short on money, you could always funnel the V-bucks earned from Fortnite’s Battle Pass - or pick and choose which accessories you’d like instead of swiping them all at once.

Here’s what Vi comes with in Fortnite, according to Epic:

The Arcane Vi Outfit will be in the Item Shop as well as additional items from the Arcane: League of Legends Set. Put on the bunny Memories of Zaun Back Bling (sold with the Outfit) as a memento of how far Vi has come, equip Vi's weapon of choice while her gauntlets are being repaired: the Piltover Warden Hammer Pickaxe, and show off why Vi’s called the Piltover enforcer with the Punching Practice Emote.

In case you missed Jinx’s Fortnite debut and want to complete the Arcane collection, worry not. Jinx and all her accessories are also now available in the Shop with Vi, including her skin, Back Bling, Pickaxe and Lobby Track. One can safely expect more Arcane characters to show up in Fortnite eventually, especially with a second season of the series coming soon. Riot Games has plenty of other games ripe for crossovers, too.

Join HWZ's Telegram channel here and catch all the latest tech news!
Our articles may contain affiliate links. If you buy through these links, we may earn a small commission.
Previous Story
Lego Star Wars: The Skywalker Saga launches with over 300 playable characters
Next Story
YouTrip encourages cross-currency e-angpow exchange with rewards and cashback