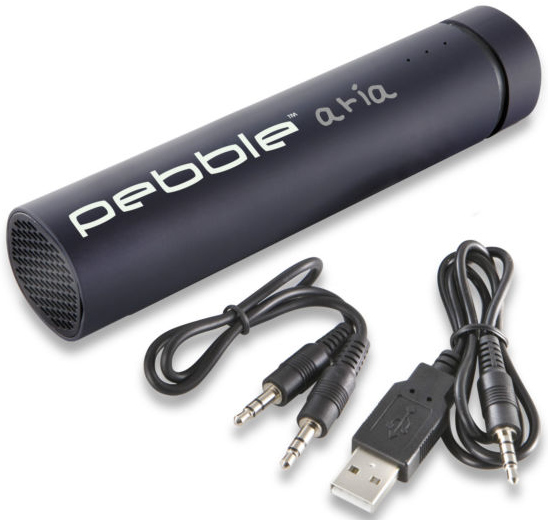 Veho has announced the Pebble Aria smartphone battery charger (VPS-003-3500) with built-in speaker. With 3,500mAh to charge most smartphones twice, the 3.5mm interconnecting jack for the 2W speaker acts as a stand for your mobile device. Priced at S$59, it comes bundled with a USB charging cable. Local availability has not been announced.