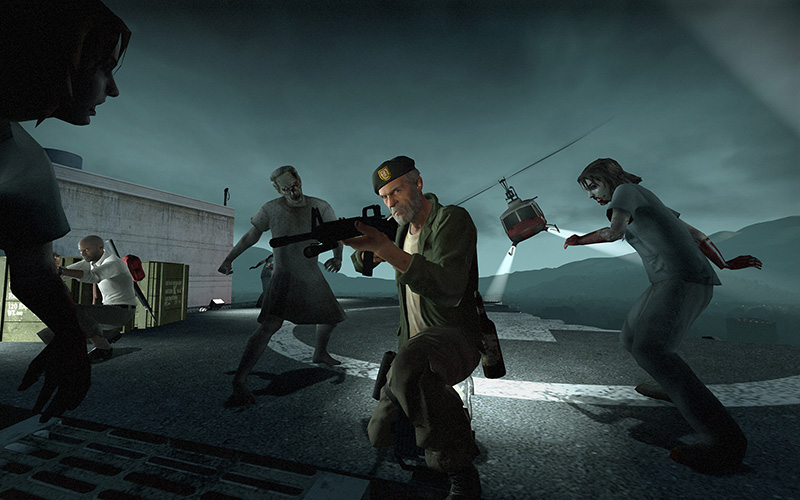 Valve may have returned to the Half-Life franchise after more than a decade away with Half-Life: Alyx, but another beloved series isn't about to get the same treatment. The company confirmed to IGN that it is "absolutely not" working on Left 4 Dead 3, despite the extensive rumours that have been swirling around the sequel for years.

Valve told IGN that it briefly explored some possible opportunities for a next-generation Left 4 Dead game a few years ago, but it is not currently doing any work on a new Left 4 Dead and hasn't for years. The company called rumours on such a project "misinformation", saying that "it's clear some people are having fun creating misinformation to spin up the community and other outlets".

The statement comes as rumours around Left 4 Dead 3 have surged in recent months, with YouTube channels like Valve News Network claiming to have leaked Left 4 Dead 3 screenshots. Over the past decade, we've also seen leaks in the form of files and source code supposedly pulled from Valve's Source game engine.

Last December, Tyler McVicker, who runs Valve News Network, tweeted that "Left 4 Dead VR is real", which seemed credible at the time given that Half-Life: Alyx had just been announced. However, McVicker appeared to walk his claims back in a recent video, saying that his mention of Left 4 Dead VR referred to "a prototype that was in development in 2017 that I had found out about and have been working on a project for". He then went on to say that his comments had been wrongly interpreted by gaming websites.

Videos are finally back tomorrow.

Boneworks is out on Tuesday.

The game awards is in a few days, with new Half-Life Alyx news.

Get your minds ready, it’s about to blow.

To add to the confusion, China president for HTC VR, Alvin Wang Graylin, tweeted slides from a presentation he was giving on VR trends, one of which explicitly referenced "Valve HL Alyx / LFD3". The two games were going to "drive consumer and AAA studio interest", according to the slides, which created the impression that Graylin had insider information on an upcoming Left 4 Dead title.

A few slides from my talk tonight... pic.twitter.com/bHegijjZW1

Later on, Graylin tweeted to clarify that L4D3 was only a "personal speculation" on his part, and that all predictions were his own.

Nevertheless, Valve has officially quashed all such rumours, so fans of the series can stop craning their necks for sight of another zombie shooter coming over the horizon. If it's any comfort, Turtle Rock, the studio behind the original Left 4 Dead, is developing a spiritual sequel of sorts called Back 4 Blood. It's another co-operative zombie shooter, and will be published by Warner Bros. Interactive Entertainment.