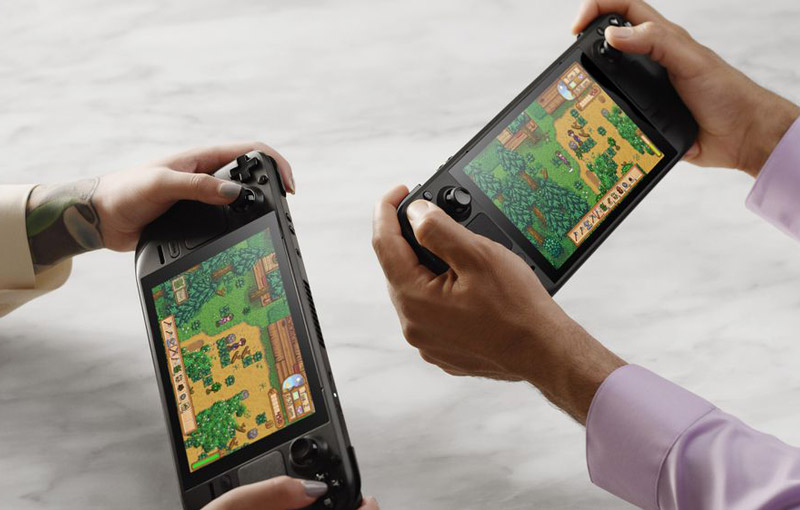 Well, we finally have our Nintendo Switch Pro now. Kind of.

Valve has announced the Steam Deck, a new handheld device that allows you to play PC games. Think of the Nintendo Switch, but if it was a lot more powerful and let you access your entire Steam library - and much more. The device will launch in December for US$399 onwards.

So, what’s the Steam Deck? Essentially, it’s a portable PC. This device has a 7-inch touchscreen, two thumbsticks, two trackpads, a D-pad and four control buttons. Visually, the trackpads make for the biggest difference from the Switch - presumably to mimic a PC mouse for players who want maximum precision while gaming. There are also eight triggers: the usual shoulder buttons plus four more on the back of the device.

The Steam Deck lets you run games directly from your Steam library, with pretty much no limits. You’ll be able to sync your Steam account, and all your friends and games will be available on the device. You can either play these games on the go or buy a dock that hooks the Steam Deck up to a TV, like a Switch. These games are run natively on the device, not via the cloud.

Obviously, that means the Steam Deck is a pretty beastly thing, so let’s dig into its specs. It comes with an APU (accelerated processing unit) by AMD, with a quad-core Zen 2 CPU running from 2.4 to 3.5GHz. The GPU features eight RDNA 2 compute units running at 1 to 1.6GHz, and the device comes with 16GB of DDR5 RAM. Overall, this provides a peak performance of, "about 2 teraflops." Valve states that the Steam Deck can run, "the latest AAA games,” and now you know how that works. 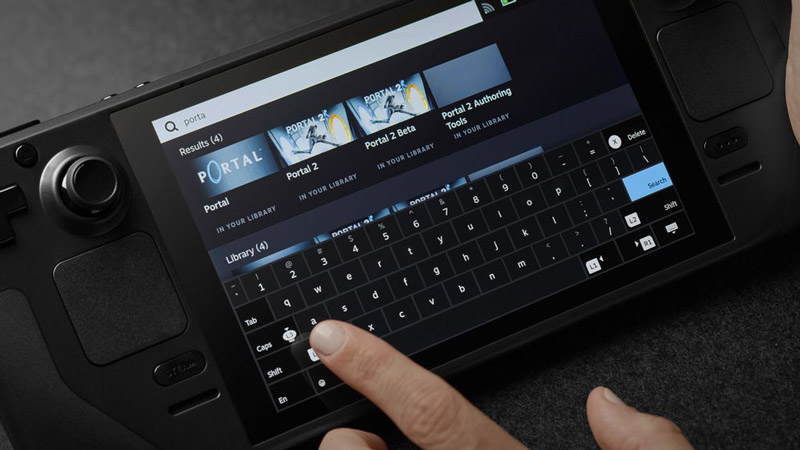 The Steam Deck comes with a microSD card slot that allows you to expand its built-in storage, which is great, because the base model offers a paltry 64GB of storage space. Its 7-inch LCD screen has a 60Hz refresh rate with a 16:10 aspect ratio at 720p resolution: 1280x800. It is compatible with 2.4GHz and 5GHz networks, which is great news if you’d like to stream videos or games on it. It also has Bluetooth 5.0 support.

And now we get into the battery life. The Steam Deck features a 40Whr battery which Valve claims can offer two to eight hours of gameplay, likely depending on the type of games you’re playing on the device. The device has three USB ports, two of which are USB 2.0 while the remaining one is USB 3.1. DisplayPort 1.4 and HDMI 2.0 are its two video outputs, and the official dock supports video output with a maximum resolution of 4K at 120Hz, or 8K at 60Hz. We’re not entirely sure it could run modern, big-budget games at those resolutions with these specs, but time will tell.

You’re probably wondering about that dock. We don’t have information on its price or release date yet, but Valve has confirmed that the Steam Deck will work with any USB-C dock in general, so you might not have to shell out too much for it. Valve’s official dock will be sold separately.

The Steam Deck runs on SteamOS version 3.0, a Linux-based software Valve states is, “built with Steam Deck in mind and optimized for a handheld gaming experience.” SteamOS 3.0 also comes with a “compatibility layer” called Proton. This allows the device to run Windows games on Linux without developers having to port their games over.

Here’s the exciting part. The Steam Deck is, for all intents and purposes, a PC. You can install and use PC software as this is not a closed device, which means there is absolutely nothing stopping you from hitting up the Epic Games Store, uPlay or Origin and playing all your games there. Of course, you could also download and install Windows if that is your preference. If you’re feeling naughty, you could turn this into a pretty snazzy game emulator too. 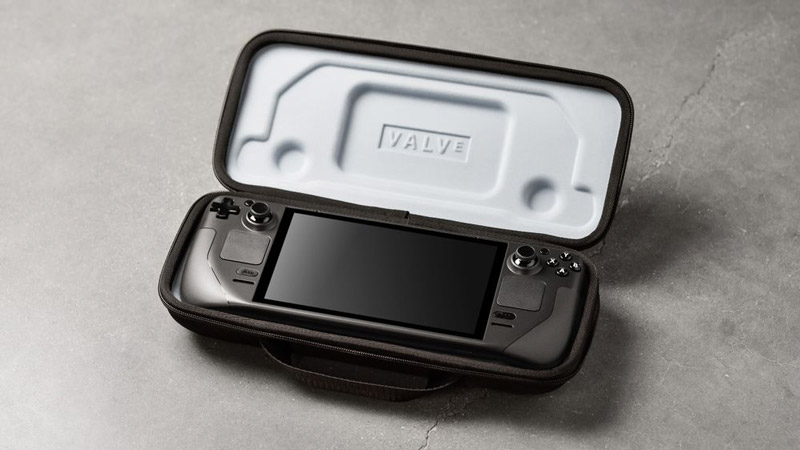 The Steam Deck is available for reservation now in certain regions (which unfortunately don't include Singapore), and there are three versions to choose from. They range from US$399 to US$649 in price, with the main upgrades being expanded and faster storage. You can check those versions out here, and more information on the Steam Deck’s specs here.

Join HWZ's Telegram channel here and catch all the latest tech news!
Our articles may contain affiliate links. If you buy through these links, we may earn a small commission.
Previous Story
Apple rumoured to be testing external display with A13 chip and Neural Engine
Next Story
The Apple iPhone 13 may support up to 25W wired fast charging