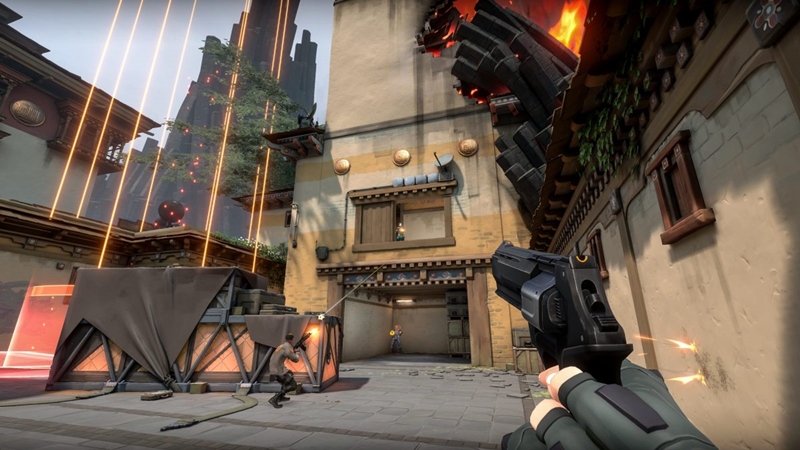 Well, it's been about a week into Valorant's release, and developer Riot Games' take on a tactical first-person shooter is actually pretty solid for the most part. However, it seems that the current assortment of PvP game modes, namely Standard and the still-in-beta Spike Rush are holding it back a little in terms of gameplay variety.

For those who haven't taken the game out for a spin yet, Standard is exactly like Counter-Strike: Global Offensive's main "Search and Destroy", or SnD-style mode - attackers try to plant a bomb (or Spike in Valorant's case) while the defenders try to stop them. Spike Rush is an accelerated and more casual iteration - everyone gets random weapons and orbs spawn all over the map, granting small boosts when players collect them.

From here, it's quite easy to see the lack of diversity, which has led many players to ask when a proper Team Deathmatch (TDM) or even a Free-for-all (FFA) mode will be tossed in. The good news is that according to a recent interview with the game's executive producer Anna Donlon by Gamespot (thanks, guys!), it seems Riot is already "looking into" it.

But while it's nice to hear that the developers have already got it on the drawing board, Donlon admits that there are some big challenges in the way of streamlining it, given that Valorant's staple game mode is still SnD-based. Frankly, it's not the most beginner-friendly mode - it can be quite daunting for newcomers to hop on board without prior tactical shooter experience. TDM or FFA is much more forgiving in that sense, which makes them better suited for players who just want to test out the various Agents and their abilities.

Previous Story
So this is what the Samsung Galaxy S20+ BTS Edition looks like
Next Story
Sony's PlayStation 5 reveal event has a new date: June 12