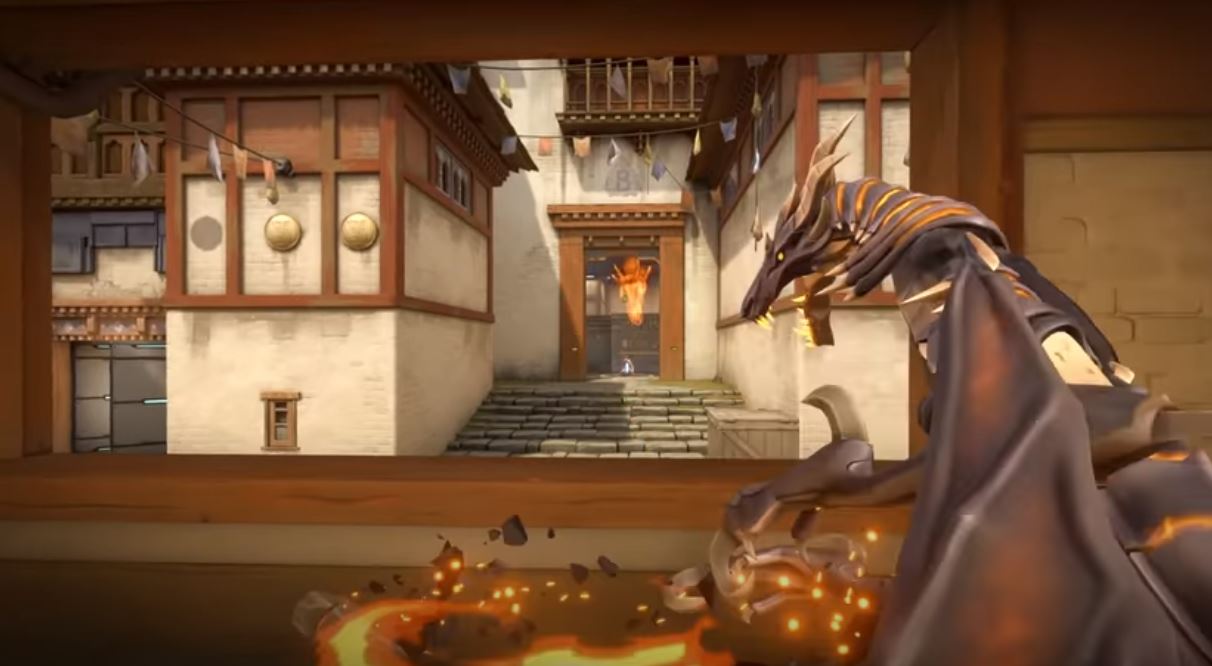 Riot Games has revealed its first "Ultra Edition" Skin Line for Valorant, and they're among some of the coolest cosmetics I've seen for a first-person shooter. Dubbed Elderflame, the skins transform your guns into actual, fire-breathing dragons that spit flames as you shoot.

While Valorant's existing cosmetics are hardly the most impressive, the Elderflame line looks set to usher in a new series of Ultimate skins that promise to be among the most exclusive and elaborate in the game. In the reveal trailer, the skin adds some kind of animation to your weapons, and the gun moves as you fire and reload. In addition, there's a special kill animation when you secure the last kill in a round, in the form of a fiery drake that swoops down from the sky to devour your opponent.

The teaser trailer appears to show skins for the Vandal, Operator, Frenzy, Judge, and your knife, and it's not yet clear if skins for more weapons will eventually be released.

The Elderflame skins will be available to buy on 10 July, but there's no information yet on how much they will cost. From the looks of them though, you can probably expect them to be pricey. (UPDATE: each skin will cost 2475VP.)

Our articles may contain affiliate links. If you buy through these links, we may earn a small commission.
Previous Story
Qualcomm Snapdragon 865 Plus unveiled, coming to flagship phones in Q3
Next Story
Creative Live! Cam Sync 1080p available now for less than S$70