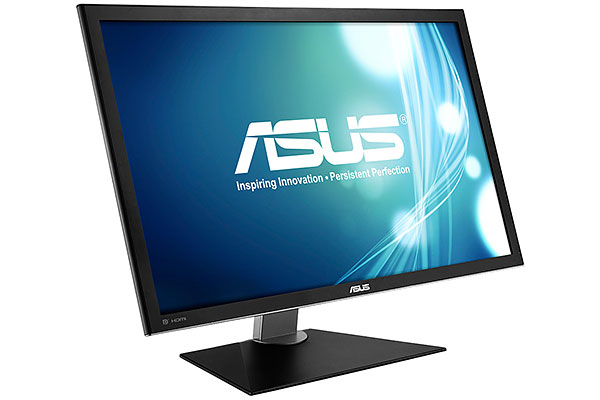 First seen at Computex, the ASUS PQ321Q (which the company says is the world’s first consumer-level 4K ultra-HD monitor) has now gone up for pre-order in the U.S. In addition to its eye-popping 31.5-inch screen size and 3,840 x 2,160-pixel resolution (with a 10-bit panel using Sharp’s IGZO display tech, no less), it sports 350cd/m2 brightness, 8ms gray-to-gray response time, built-in 2W stereo speakers, tilt/swivel/height adjustment design, and just 34mm at its thickest point. It’s also equipped with one DisplayPort and dual HDMI ports. To own it though, you need to fork out an equally princely sum of US$3,499.

Even if money isn't a problem, before hitting on the buy button or before it arrives at your doorstep, make sure your PC has enough horsepower. To get a good framerate (say, 60fps) in games at 4K, you probably need four NVIDIA GeForce GTX Titan graphics cards. Of course, besides the most hardcore of gamers, the other likely group of buyers is those who do 4K video work. And perhaps the few who like to run 207 instances of Minesweeper.

Availability of the PQ321Q in Singapore is to be confirmed.

Join HWZ's Telegram channel here and catch all the latest tech news!
Our articles may contain affiliate links. If you buy through these links, we may earn a small commission.
Previous Story
Google Paid $45 Million for 7% Stake in Vevo
Next Story
Sony Releases PS3 Dual Pack on 4 July