The US wants to equip its military with tiny spy drones measuring just 6.6-inches

The US wants to equip its military with tiny spy drones measuring just 6.6-inches 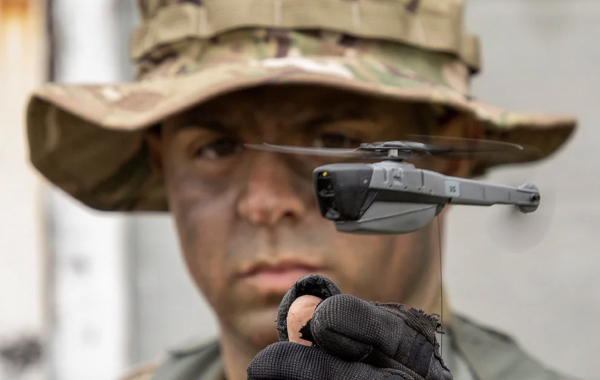 How many times have we seen tiny drones being used in war flicks? You know, the tiny ones that scouts ahead and sends back incredibly high-res footage of enemies ahead? It's about to become real.

The US Army has reportedly inked a deal with FLIR Systems to provide its ground combat units with tiny drones that can be used to spy on enemy forces from the sky.

The Black Hornet can be used to take HD photos or provide live video feeds to forces on the ground. It uses a ground control station unit for communications and transmissions and all data sent is AES 256-bit encrypted.

It goes without saying then that these drones will provide the US Army with an incredible tactical advantage in the field.

The grand plan for the US Army is to equip all of its 7,000 squads with at least one UAV and ground system.

Join HWZ's Telegram channel here and catch all the latest tech news!
Our articles may contain affiliate links. If you buy through these links, we may earn a small commission.
Previous Story
NVIDIA plans to publish a ray tracing book to educate developers
Next Story
Job listing suggests Google is looking at making a Pixel Watch