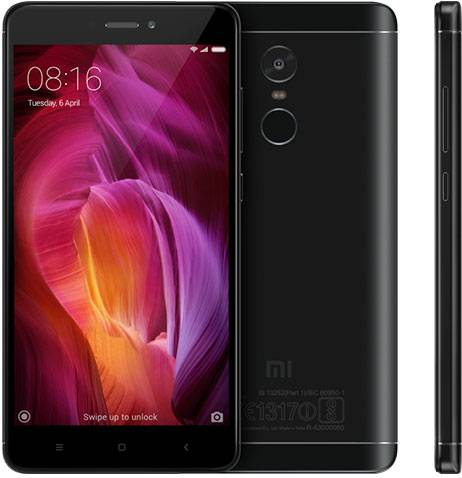 Xiaomi has announced an updated version of its Redmi Note 4 smartphone, previously only officially available in China, with some slight design tweaks, a new color and a new Qualcomm Snapdragon 625 processor.

The Redmi Note 4 sports a premium metal body and 2.5D curved glass on the front. The phone will be available in  Dark Grey and Gold colors, and a new steathy matte black finish. Compared to the previous Redmi Note 4, the new Note 4 is slightly thinner and adds some stylish anodized high-gloss aluminium lines to the rear of the phone. On the back of the phone there's a fingerprint scanner and a 13-megapixel, f/2.0 rear camera with Phase Detection Autofocus (PDAF), and a Backside Illuminated (BSI) sensor with 1.12-micron pixels, which captures more light than its predecessor. On the front, you get a 5-megapixel, f/2.0 front facing camera.

Replacing the Mediatek Helio X20 used by the original Redmi Note 4, the new model is powered by a Qualcomm Snapdragon 625 processor, and 2, 3 or 4GB RAM. Three models will be available, a 32GB storage with either 2 or 3GB RAM, and a 64GB storage option with 4GB RAM. All three models also have a MicroSD card slot that is compatible with cards up to 128GB. Like the original Redmi Note 4, the new version also has a massive 4,100mAh battery.

At the Redmi Note 4 launch event in India, Xiaomi VP, Hugo Barra, said “We are really thankful to everyone who made Redmi Note 3 one of the most popular devices in 2016. The immense appreciation we received and the feedback from our Mi fans motivated us to take it to the next level with Redmi Note 4. 2016 was a huge success for Xiaomi as we crossed US$1 billion worth of revenue in the year, and 2017 will be more significant as we strive towards achieving new milestones and introducing many more exciting new products in India.”

Join HWZ's Telegram channel here and catch all the latest tech news!
Our articles may contain affiliate links. If you buy through these links, we may earn a small commission.
Previous Story
These Samsung Galaxy devices are getting the Android 7.0 update
Next Story
Acronis True Image 2017 New Generation is the first of its kind to protect against ransomware