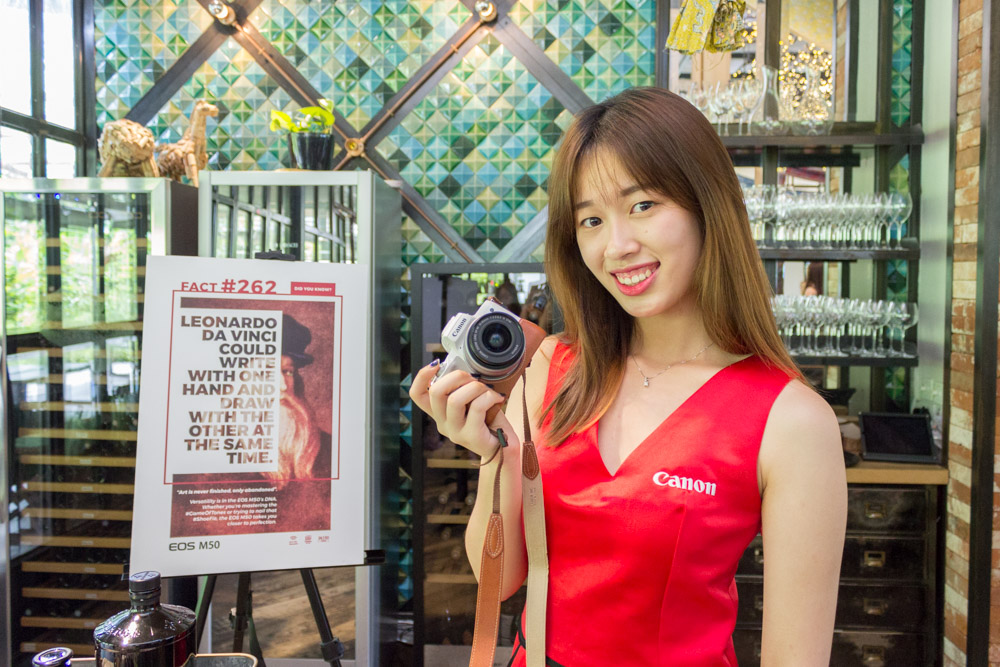 The M50 features a 24MP APS-C sensor with improved Dual Pixel autofocus. The M50 provides a wider AF area and up to 143 AF points with certain lenses. 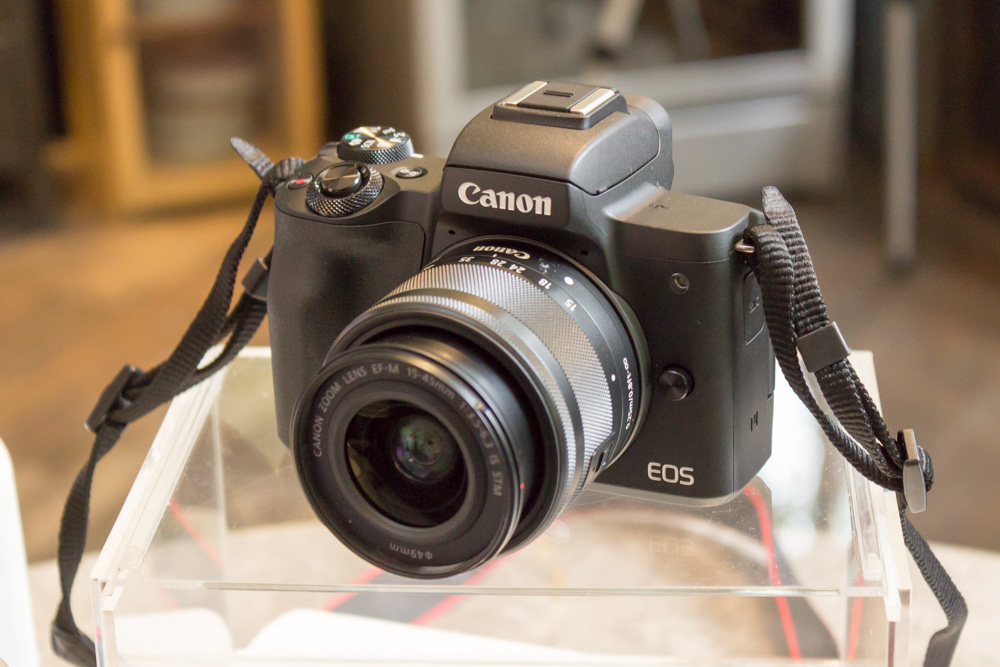 Dual Pixel autofocus, however, won’t be available while shooting 4K video. Instead, it’ll be relying on contrast detection AF. This is a shame, as Canon’s Dual Pixel technology is one of the best at shooting video with automatic focusing. Dual Pixel will be available while shooting in other video resolutions. The M50 shoots 4K at 25/24p (with a 1.6x crop that’s on top of the 1.6x APS-C crop), 1080 at 60p and 720 at 120p. 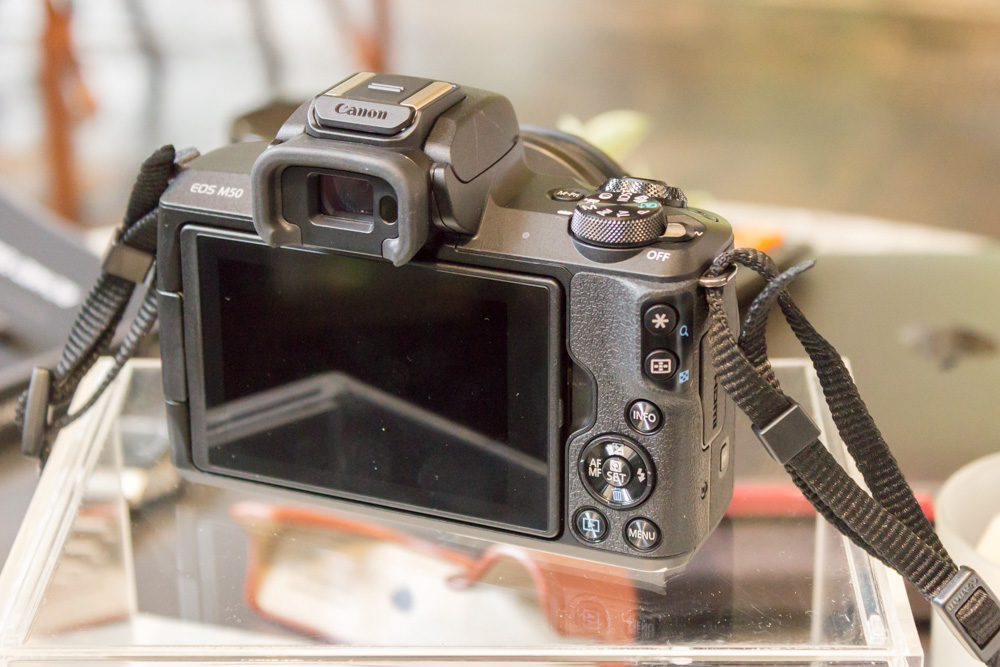 The new CR3 raw format offers a new ‘size priority’ option that promises a reduction of up to 50% in file sizes, but with a slight drop in image quality.

The M50 comes with Wi-Fi, NFC and Bluetooth. It includes the ability to automatically transfer images from the camera to a smartphone after capture, similar to other cameras that offer low-power Bluetooth connections. 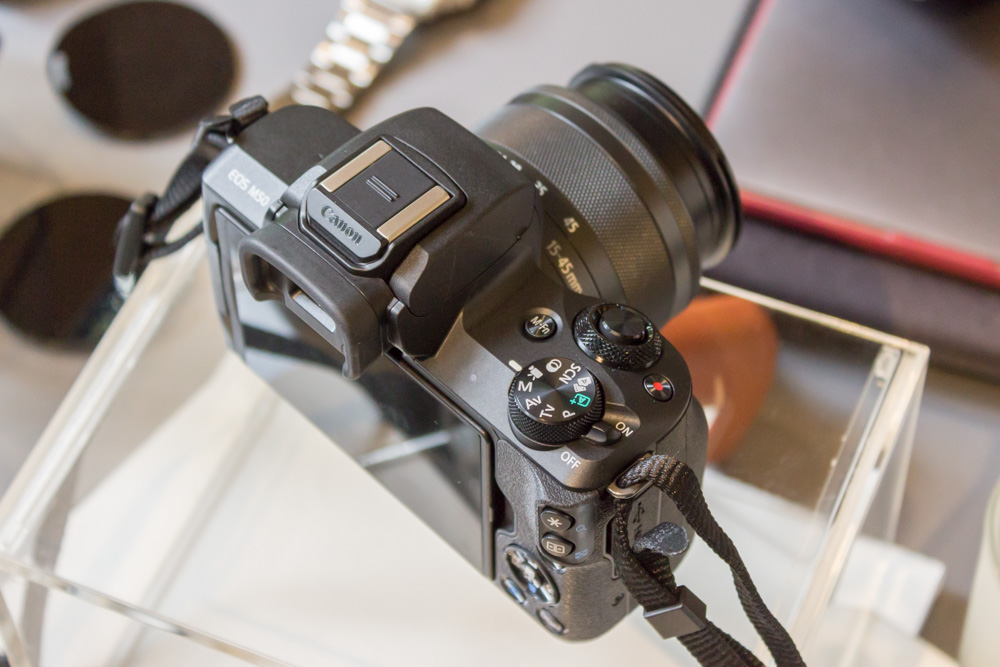 There’s a 2.36 million-dot OLED EVF and a 1.04 million-dot articulated touchscreen. The M50 boasts a ’Touch & Drag AF’ feature, which lets you drag the AF area even when you’re shooting with the EVF. It’s a feature that’s already available on other mirrorless cameras from Panasonic and Olympus.

A pre-order period has been opened from 15th to 22nd March. They’ll be taken at the IT Show 2018, the Canon eShop and at Canon authorised dealers. 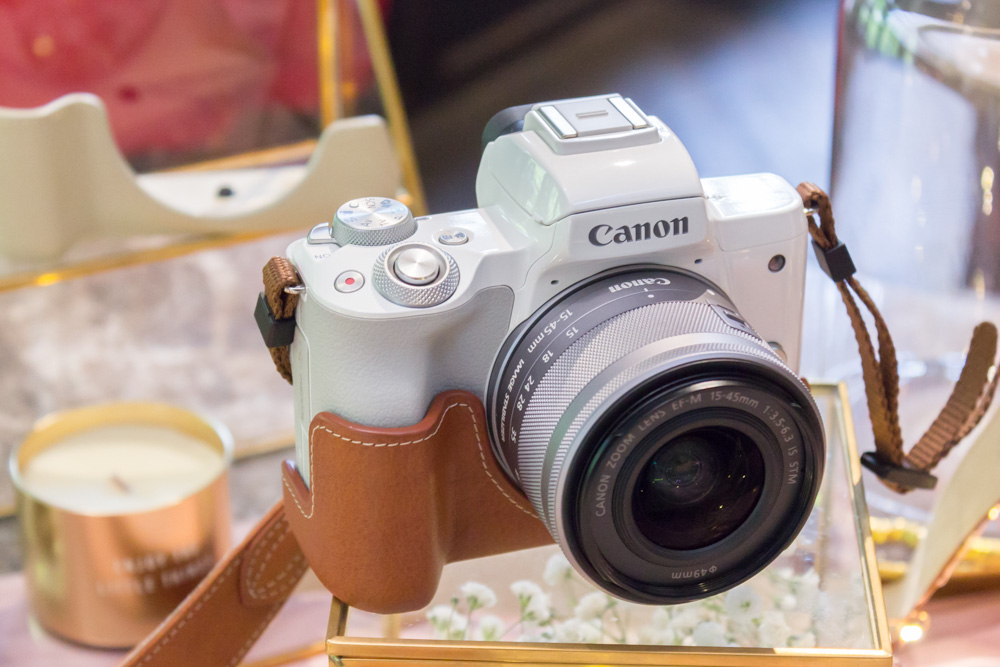