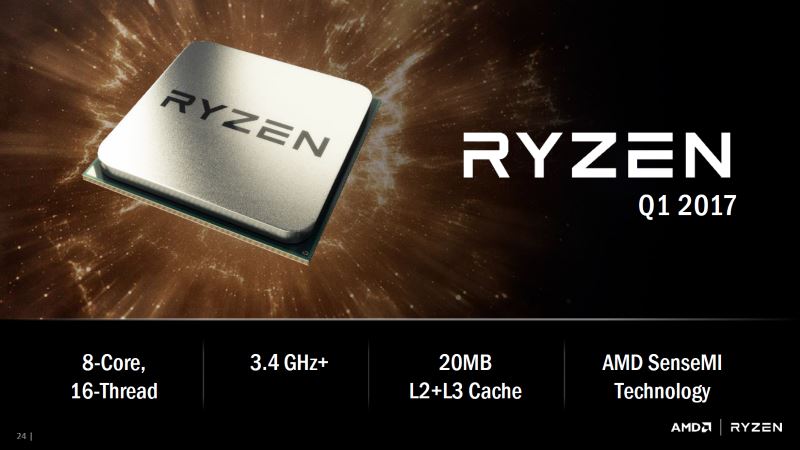 At this week’s International Solid-State Circuits Conference (ISSCC), AMD engineers presented a white paper that revealed the die size of the company’s upcoming Ryzen processor is approximately 10% smaller than its Intel Kaby Lake counterpart. techPowerUp reported analysts and Intel engineers have said the new AMD Zen x86 core “is clearly competitive”; however, it isn’t clear how advantageous is its smaller die size. It may lead to more cost-effective manufacturing for AMD. We have explored the new Zen architecture of the Ryzen CPU, and have highlighted the broad changes to its new microarchitecture. AMD also claims Ryzen’s average number of instructions executed for each clock cycle (IPC) is on par with an Intel Broadwell-E Core i7-6900K. This is achieved with Ryzen’s lower thermal design power, which is speculated to be less than 100W. According to techPowerUp, the white paper revealed the company’s first use of a “metal-insulator-metal capacitor” that helps to reduce operating voltages, and “provide greater per-core voltage and frequency control.” Our initial thoughts are the AMD Ryzen is practically screaming to be overclocked! We would have to wait next month in March when the new AMD CPUs are slated for launch.