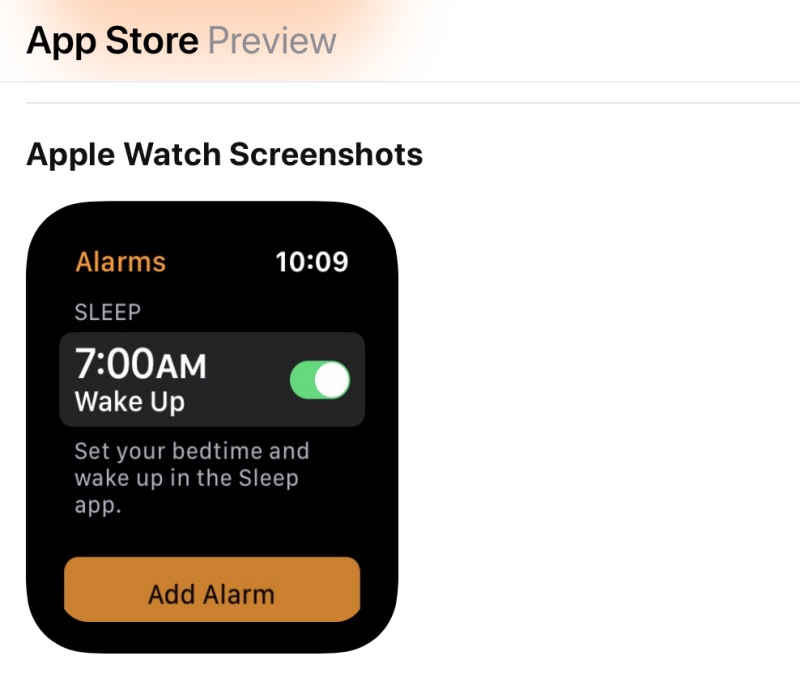 A MacRumors reader discovered a mention of the unreleased Sleep app in the App Store listing for Apple's preinstalled Alarms app on the Apple Watch. The screenshot of the Alarms app has a reference that reads "set your Bedtime and wake up in the Sleep app".

While there is no Sleep app or references of it in the Alarms app on watchOS 6.0.1 or watchOS 6.1 beta, reports have surfaced in the past few months about a native sleep tracking feature coming to the Apple Watch.

9to5Mac reported last month that the native sleep tracking feature could be called "Time in Bed" and it will monitor the user's sleep quality via multiple sensors and inputs. The data collected will be made available in the Health app and a new Sleep app for the Apple Watch. Bloomberg claimed in a report earlier this year that native sleep tracking for the Apple Watch could arrive by 2020.

Previous Story
The Logitech MX Master 3 will be available in Singapore from 3 October (Updated!)
Next Story
AMD's Radeon RX 5500 graphics card will go up against NVIDIA's GeForce GTX 1660 series