University of Southampton Engineers Build Supercomputer out of Raspberry Pis

University of Southampton Engineers Build Supercomputer out of Raspberry Pis 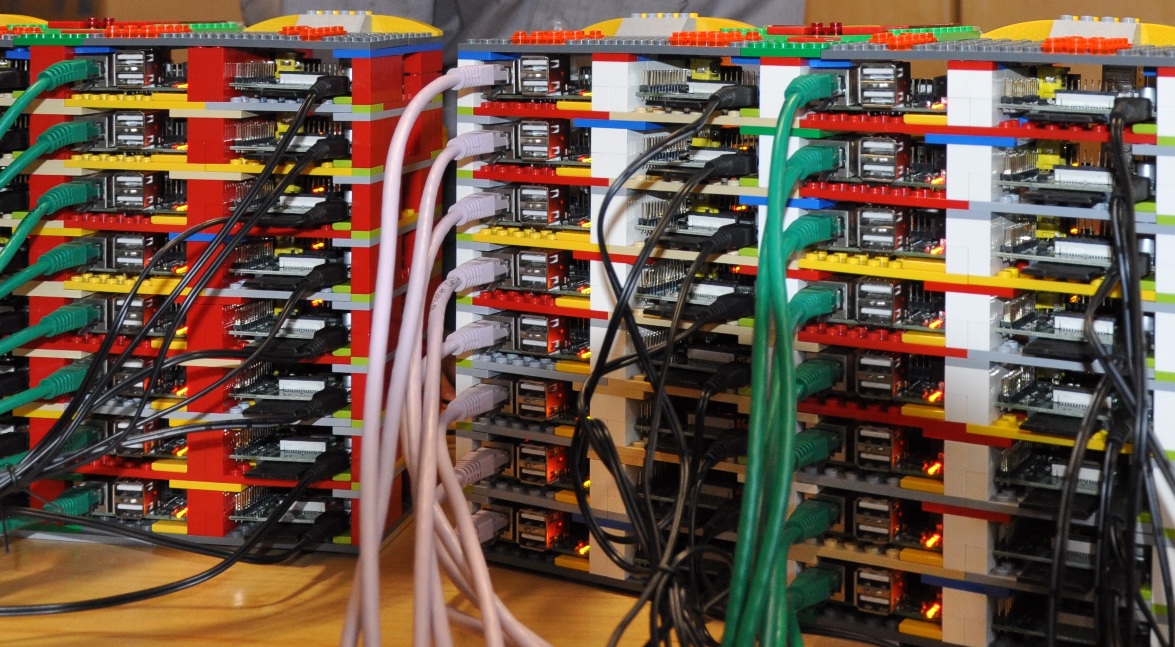 A team at the University of Southampton in the UK has built a supercomputer out of Raspberry Pi computers and Lego.

The team utilized 64 Raspberry Pi computers for the build, with the racking constructed out of Lego. The supercomputer, named “Iridis-Pi” after the University’s Iridis supercomputer, runs off a single 13 Amp mains socket and uses MPI (Message Passing Interface) to communicate between nodes using Ethernet. The whole system cost under £2,500 (excluding switches) and has a total of 64 processors and 1Tb of memory (16GB SD cards for each Raspberry Pi).

“The team wants to see this low-cost system as a starting point to inspire and enable students to apply high-performance computing and data handling to tackle complex engineering and scientific challenges as part of our on-going outreach activities.

As soon as we were able to source sufficient Raspberry Pi computers we wanted to see if it was possible to link them together into a supercomputer. We installed and built all of the necessary software on the Pi starting from a standard Debian Wheezy system image and we have published a guide so you can build your own supercomputer.”

You can find the team's guide here to building your own Raspberry Pi Supercomputer here: http://www.southampton.ac.uk/~sjc/raspberrypi/

Join HWZ's Telegram channel here and catch all the latest tech news!
Our articles may contain affiliate links. If you buy through these links, we may earn a small commission.
Previous Story
Matrix Audio Qube Pocket Speaker to Debut at CES 2013
Next Story
Report: Over 5 Billion Wireless Connectivity Chips will Ship in 2013