Earlier today, UNIQLO announced that its latest wave of SPY X FAMILY UTs (t-shirts) will be available in stores starting end-November, and we're already here waiting with a big bag of peanuts.

The selection offers a total of seven adorable designs for kids and adults, featuring key characters from the series like Loid, Yor, Anya, and Bond Forger. Notably, the original wave of SPY X FAMILY UTs didn't have any designs for children, but with this upcoming batch, they won't be left out anymore.

For those who might have just wandered out of a cave, SPY X FAMILY is one of the season's most endearing anime series, and once you've started watching it, it won't be long before you're on the "I love peanuts!" train too. 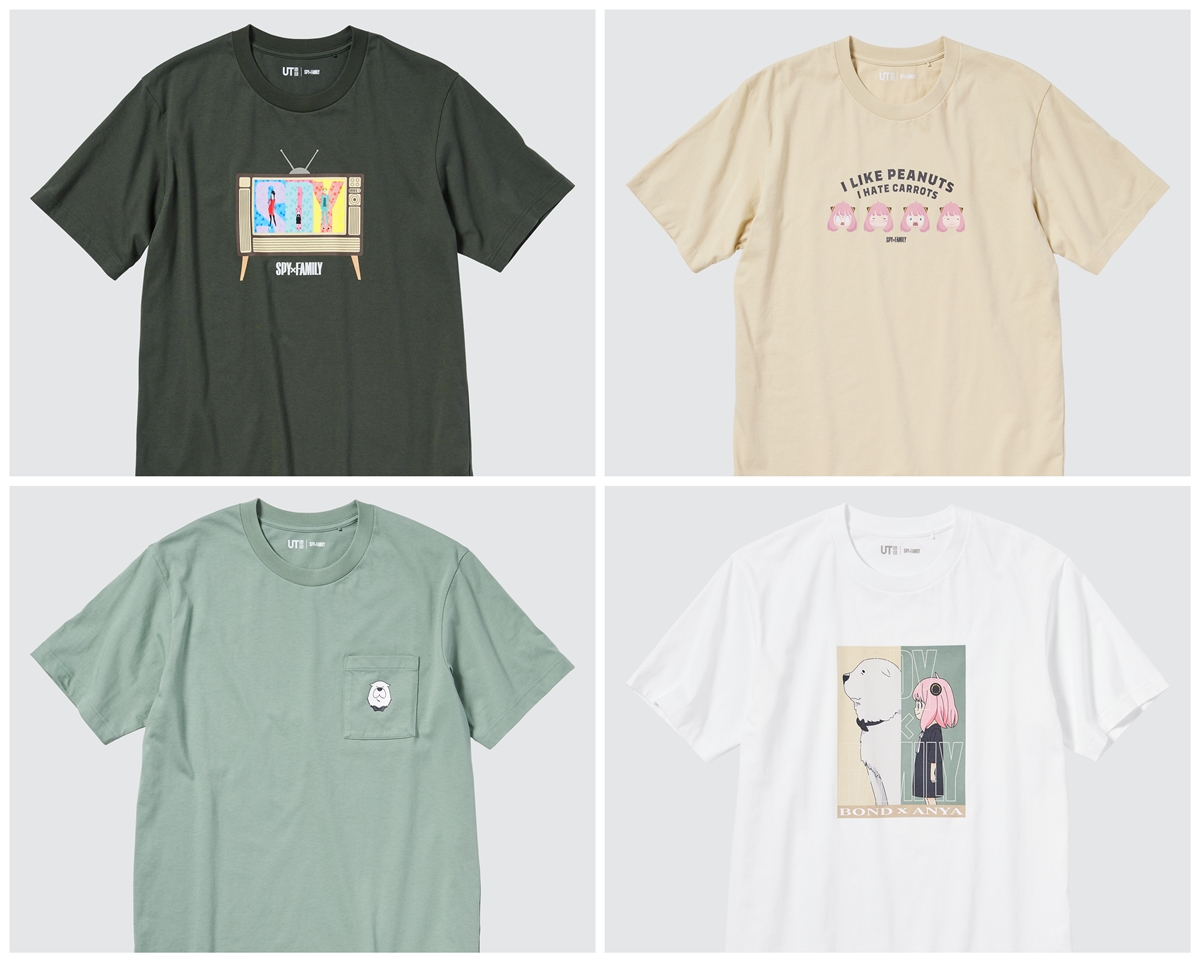 Originally written and illustrated by Tatsuya Endo, the story revolves around a spy code-named Twilight who has to go undercover as a family man to complete his latest mission. Needless to say, this mission requires the so-called "Loid Forger" to create his own "makeshift" family too, and after a series of interesting occurrences, he winds up living with a rather unusual household: the lethal but socially clumsy assassin Yor, a telepathic orphan named Anya, and the family dog Bond, who happens to have clairvoyant powers. So, between the stress of keeping their true occupations secret from each other and Anya's cheeky antics, Loid and Yor truly have their work cut out for them settling into this odd-but-amusing family situation.

However, that's all I'll say about the series here, as it's best for you to check it out for yourself - trust me, you'll love it. Regarding the price of the aforementioned UTs, the adult-sized shirts will be priced at S$19.90, while the kids' versions will be slightly cheaper at S$14.90 a piece. You'll be able to pick them up either online or at any physical UNIQLO outlet, and as noted, stocks will come in at the end of November.

Join HWZ's Telegram channel here and catch all the latest tech news!
Our articles may contain affiliate links. If you buy through these links, we may earn a small commission.
Previous Story
Apple might release a 16-inch iPad in 2023
Next Story
Sony's new A7R V full-frame camera features a 61-megapixel sensor and uses AI for better autofocusing