Uncharted 4 and Uncharted: Lost Legacy remasters are coming to PlayStation 5 and PC

Uncharted 4 and Uncharted: Lost Legacy remasters are coming to PS5 and PC 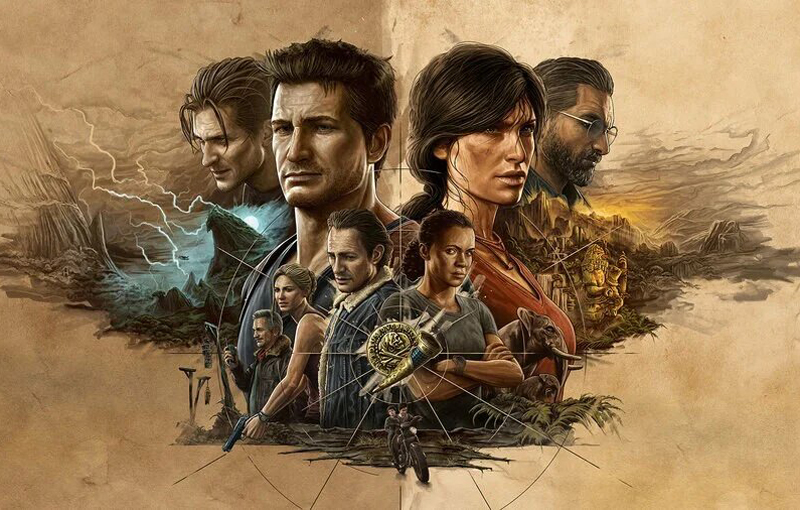 Today’s PlayStation Showcase saw an unexpected announcement: Uncharted 4: A Thief’s End and Uncharted: Lost Legacy are getting remastered for PC and PlayStation 5. Both games will be bundled together as the Uncharted: Legacy of Thieves Collection, launching in early 2022.

The Legacy of Thieves Collection strangely doesn’t include Uncharted 1-3, which means that PC players will have to hop into Nathan Drake’s journey at the very end. That certainly isn’t the best way to experience this excellent series, considering Uncharted 4: A Thief’s End builds upon the first three games to deliver a cathartic end to Drake’s treasure-chasing adventures.

A Thief’s End sees Nathan Drake reunite with his long-lost brother as they hunt for Captain Avery’s long-lost pirate treasure, travelling across the globe from the jungles of Madagascar to the fabled pirate colony Libertalia. Uncharted: The Lost Legacy is a standalone adventure that takes place after the fourth game, featuring Chloe Frazer as she chases the Golden Tusk of Ganesh with ex-mercenary Nadine Ross.

The Uncharted: Legacy of Thieves Collection is launching in early 2022 for PlayStation 5, with the PC version releasing shortly after. The PC version is being developed by Iron Galaxy. Naughty Dog is also working on a remake of The Last of Us.

Join HWZ's Telegram channel here and catch all the latest tech news!
Our articles may contain affiliate links. If you buy through these links, we may earn a small commission.
Previous Story
Xiaomi 11T and 11T Pro to have three generations of Android OS upgrades
Next Story
The Matrix Resurrections trailer is a mind-bending return to a familiar world