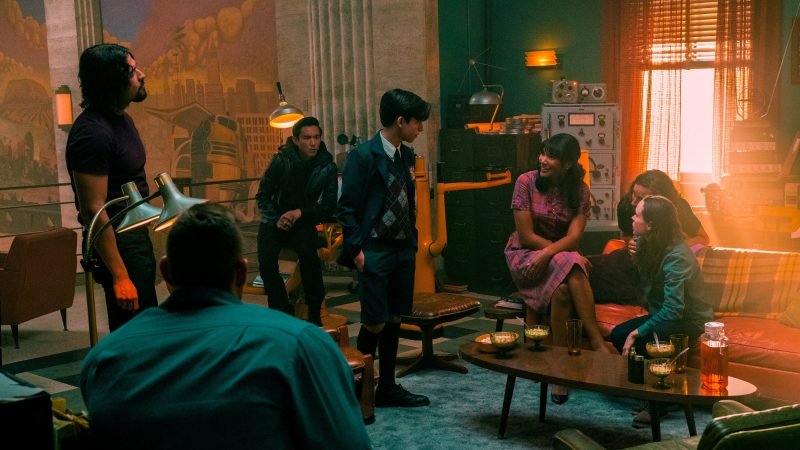 Out of the frying pan, into the fire.

Netflix has finally released the first trailer for The Umbrella Academy Season 2, teasing more time-travelling mayhem with the Hargreeves siblings. The first season ended with the superpowered family going back in time to avoid an apocalypse. Unfortunately, this has only thrown them into another version of it.

The entire family has been scattered across 1960 to 1963, lost in places they don't know in an utterly foreign time. Most of them have built up different lives over these years. Notably, Klaus has created an entire cult centred around himself, because of course he has. The trailer shows them eventually coming back together however, as Five tries to warn them of yet another world-ending event on the rise. This time, it’s just days away. And they're being pursued by assassins. Fun!

Season 1 introduced these seven adopted siblings with superpowers, all taken under the wing of an eccentric billionaire. Later in life, the dysfunctional family reunites for their father’s funeral, and subsequently learns of a coming apocalypse. The series is based on a Dark Horse comic written by Gerard Way - proving that the lead vocalist of My Chemical Romance is gifted with many talents.

The Umbrella Academy Season 2 will consist of 10 episodes, premiering on Netflix on July 31, 2020. If you’re looking for something else to watch this month, we've got you covered with this handy list.