This ultra-rare Warhammer 40,000 Thunderhawk miniature has sold for a monstrous US$35,000

This ultra-rare Warhammer 40,000 Thunderhawk miniature has sold for a monstrous US35,000 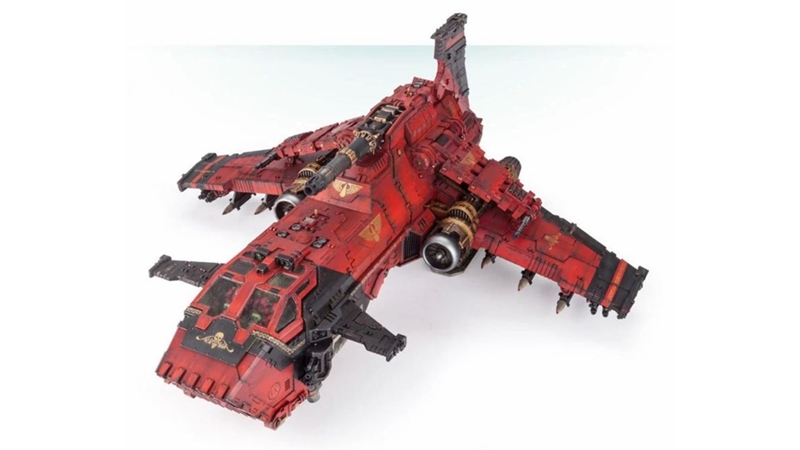 Like many other folks around the world, I keep myself (and of course, my wallet) occupied by collecting geeky stuff like trading cards and anime figurines. Accordingly, this means I'm all too familiar with how much such items can potentially cost.

Contextually, it's quite normal to see dedicated fans fork out three or four-digit sums for rare or hard-to-find items, and some limited-edition pieces, like Magic: The Gathering's notorious Black Lotus card have even reached as high as half a million dollars at auction. Of course, I'm not saying all collectibles can innately fetch such insane prices, but neither can I guarantee that they won't - as the saying goes, beauty lies in the eye of the beholder.

For example, take this ultra-rare Warhammer 40,000 Thunderhawk miniature, which has just sold for a record-breaking US$35,000. Granted, it's not downright gobsmacking like the aforementioned Black Lotus, but for common folk like us it's still a very pretty penny. The all-metal Thunderhawk miniature, which for reference is the prime mode of aerial transport for W40k's iconic Space Marines was assembled and then sold by YouTuber Emil "Squidmar" Nystrom on eBay, and to say that it's hard to find is quite the understatement considering only 500 of these were ever made.

Apparently, Nystrom acquired the unopened model from a Swedish seller back in February, and he subsequently got in contact with "Tim", the Games Workshop modeler who designed the piece. Apart from confirming that it was indeed his design, "Tim" also revealed to Nystrom that the piece was actually created as part of a "test" from Games Workshop, and that it was his first-ever attempt at making one.

Apart from the model itself, the bundle apparently includes an entire wooden chest inscribed with Aquila markings as well as an official certificate of ownership for the Thunderhawk miniature. It's all very impressive, and what's even more so isn't just that it's one of the hardest miniatures to construct, but also that this recent US$35,000 selling price is worlds apart from the US$1,050 it used to fetch back in the 90s. As an added note, it's quite surprising that the model isn't going to a die-hard W40k collector per se, but rather to a hobby shop in Melbourne called The House of War, who felt that they were "buying a piece of history". All things considered, that's actually a pretty apt way to put it, if you ask me.

Join HWZ's Telegram channel here and catch all the latest tech news!
Our articles may contain affiliate links. If you buy through these links, we may earn a small commission.
Previous Story
The Super Nintendo World theme park is getting a Donkey Kong expansion in 2024
Next Story
BloodyStealer is an advanced Trojan that can swipe data from popular gaming platforms