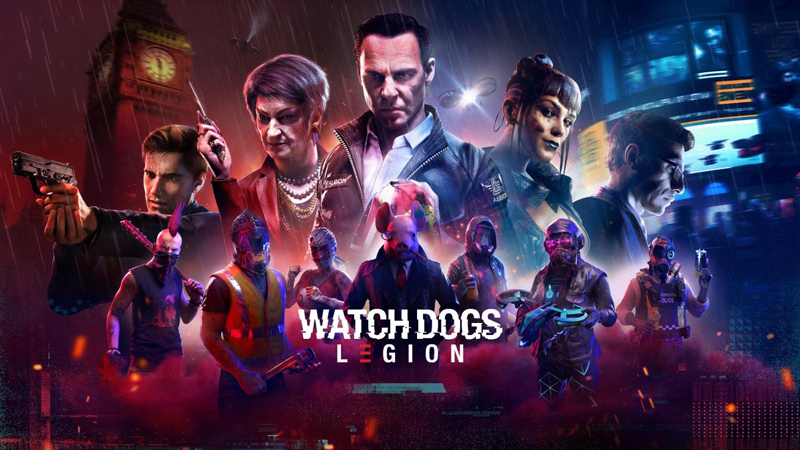 We finally get a release date for this game - again!

Ubisoft’s digital games showcase showed off plenty of details on their upcoming slate of videogames - including Watch Dogs: Legion. Two new trailers for the game were released, the latter of which revealed its release date: October 29, 2020.

The cinematic trailer titled ‘Tipping Point’ sets the tone for Watch Dogs: Legion. The game is set in post-Brexit London, where the city has fallen into utter disarray. The government has brought in an external security force, which oppresses the public and generally fails to keep the peace. DedSec members in London aggressively expand as a result, to the point that any NPC that players see in the city streets can be recruited. Even a taxi driver.

A gameplay overview trailer followed soon after, showing off just how different this game is compared to the previous two in the franchise. Since there are an insane amount of playable characters in Watch Dogs: Legion, many with unique abilities and gadgetry, there are also multiple ways to complete a mission.

In the gameplay overview trailer, we saw different characters have a go at breaking into the Tower of London. As a construction worker, you might opt for a run and gun approach, shooting at enemies with your nail gun and brute-forcing your way in. As a hacker however, you’d have access to many different types of drones - giving you a far stealthier option. You could even recruit a member of the security force governing London, getting you someone on the inside.

These playable characters come in many more forms than just these three, of course. There’s an old lady with a taser, an alcoholic brawler named Mickey and… John Wick himself! Keanu Reeves doesn’t play him, but we see him coming off a grave to shoot up a bathouse to the exact same music as John Wick’s club shootout scene. I mean, he’s got the beard and everything.

Watch Dogs: Legion will launch on October 29, 2020 on PC, PlayStation 4, Xbox One, Google Stadia, PlayStation 5 and Xbox Series X. The game supports Xbox’s Smart Delivery - which means that if you buy the Xbox One version of the game, you’ll also receive a free upgrade to its Xbox Series X version.