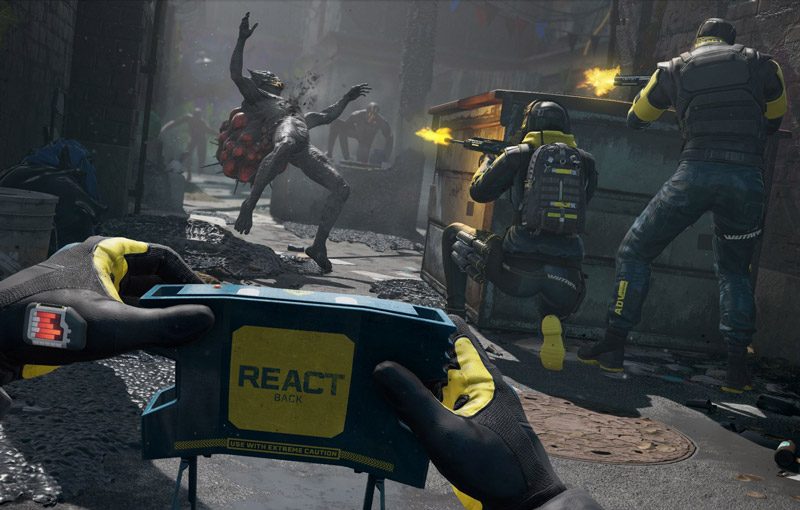 Ubisoft has delayed two of its biggest game releases this year. First up is Riders Republic, which has been delayed from 2 September to 28 October, 2021. Rainbow Six Extraction is getting a more severe delay, pushed from 16 September, 2021 to January 2022.

Both of these delays were announced on the same day, largely due to Ubisoft’s studios requiring more development time. Here’s what Ubisoft had to say about Rainbow Six Extraction’s delay:

We are embracing the opportunity to take additional time to bring this vision to life in the way it deserves in January 2022. We are confident this will ensure Rainbow Six Extraction is the immersive, cooperative, and thrilling experience we set out to create, and the one you aspire to play.

The Riders Republic development team also shared news about the delay in an update:

To ensure we can deliver the best game for all players, we've made the tough decision to delay our release date from September 2 to October 28. This will give us more time to fine tune the experience and give you another chance to jump in before launch and provide feedback.

Rainbow Six Extraction is a first-person shooter that pits players against a global alien invasion. Operators from Rainbow Six Siege will return with new weapons and abilities for players to control, though they’ll have to keep them from being defeated in combat. Upon defeat, Operators will fall under the aliens’ control, and you’ll have to execute special missions to free them.

Riders Republic on the other hand, is a massively multiplayer online game where players race in ski, biking, snowboarding and wingsuiting competitions - seemingly all at the same time. We’re not sure how these races work right now, but a playable beta is coming soon. Hopefully, we’ll have a clearer idea of what the game is then.

Ubisoft is also set to reveal a new game, “in the Tom Clancy’s universe,” tomorrow, and according to leaks, it’s a big free-to-play multiplayer crossover.

Join HWZ's Telegram channel here and catch all the latest tech news!
Our articles may contain affiliate links. If you buy through these links, we may earn a small commission.
Previous Story
Singapore's ISD is monitoring gaming platforms for 'insidious activities'
Next Story
Tag Heuer made a limited-edition Super Mario-themed WearOS watch (Updated)