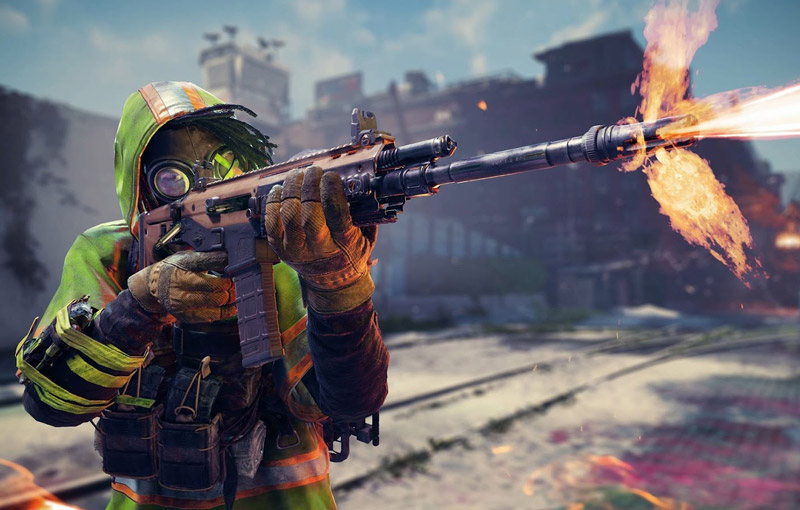 Ubisoft is slapping the Tom Clancy name on everything except a new Splinter Cell game, it seems.

Ubisoft has announced Tom Clancy’s XDefiant, a brand-new free-to-play first-person shooter that pits players against one another in 6v6 matches. The game was introduced by developers Mark Rubin and Jason Schroeder from Ubisoft San Francisco, who described its gameplay as, “fast-paced firefights meets punk-rock moshpit.”

XDefiant looks a lot like Ubisoft’s first foray into the hero shooter genre, with different character classes taking the form of factions from the Tom Clancy universe. As we previously reported, these factions are Echelon (Splinter Cell), Cleaners (The Division), Outcasts (The Division) and Wolves (Ghost Recon). These factions form a roster of customisable characters called Defiants, who battle across a variety of maps in 6v6 arena battles and objective-based game modes like Team Deathmatch, Domination and Escort.

XDefiant is about as whacky and colourful as you’d expect a game with ‘XD’ in its name to be. Maps are splattered with bright neon colours and gameplay looks fast-paced and chaotic enough to match that tone. However, Ubisoft was quick to say that the game’s weapons are a top priority, and that they have put a lot of work into making guns feel great with a variety of attachments.

The game also has abilities tied to specific factions. Certain characters can deploy shields and turn invisible, for example. That separates it from Ubisoft’s more realistic multiplayer PvP games like Rainbow Six Siege, at least. Ubisoft also revealed that PC players can register to play the game early on 5 August, 2021 (only in the US and Canada), but tests will roll out in other regions afterwards.

Currently, we don’t have a release date for Tom Clancy’s XDefiant, but we do know that the game will launch on PlayStation 4, PlayStation 5, Xbox One, Xbox Series X|S, Amazon Luna, Google Stadia and PC.

Join HWZ's Telegram channel here and catch all the latest tech news!
Our articles may contain affiliate links. If you buy through these links, we may earn a small commission.
Previous Story
Netflix confirms it's adding mobile games to your monthly subscription
Next Story
Google Chrome introduces per-site permissions, new privacy shortcuts, and additional phishing detection