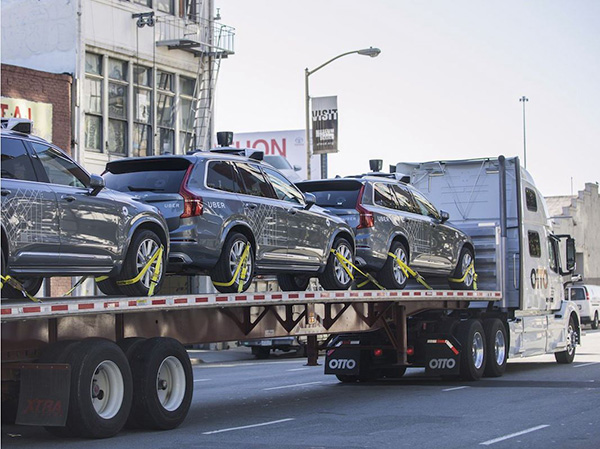 Just a week after launching self-driving tests in San Francisco, Uber has been forced to pull their cars off the road after the DMV revoked the registrations of Uber’s 16 self-driving cabs. Apparently, the California Department of Motor Vehicles (DMV) says they were “improperly issued” to test vehicles marked as such.

Uber had earlier rejected claims from the California DMV that a separate US$150 permit for their cars was needed because their vehicles weren’t fully autonomous – there was always going to be a driver in front to take over if necessary.

California’s attorney general had threatened to sue Uber, but ultimately the DMV decided to simply invalidate the registrations of the 16 vehicles, thus allow police to remove the vehicles from California streets. 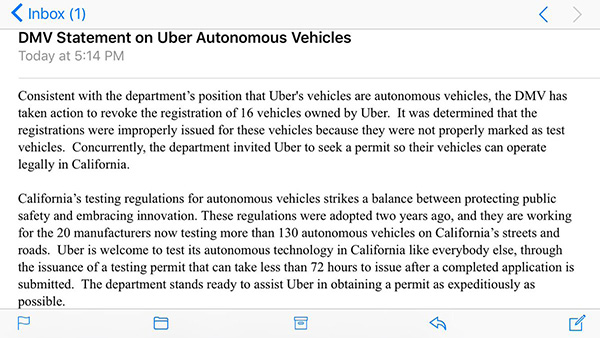 Still, it doesn’t seem like the company is going to stop testing autonomous vehicles any time soon, as Uber has already released images showing the grey Volos been loaded onto trucks headed for Arizona. Arizona Governor Doug Ducey has famously declared his support for the program by tweeting: “California may not want you; but AZ does!”

“Arizona welcomes Uber self-driving cars with open arms and wide open roads. While California puts the brakes on innovation and change with more bureaucracy and more regulation, Arizona is paving the way for new technology and new businesses,” Arizona’s governor Doug Ducey said in a statement. “Arizona is proud to be open for business. California may not want you, but we do.”

Besides Uber, Alphabet Inc.’s Waymo, Mercedes-Benz, Nissan Motor Co., General Motors Co.’s Cruise Tesla, Baidu Inc are all working on self-driving cars, but most of them have registered their vehicles as per California’s requirements.

Join HWZ's Telegram channel here and catch all the latest tech news!
Our articles may contain affiliate links. If you buy through these links, we may earn a small commission.
Previous Story
Over 1 billion Yahoo accounts compromised; have you changed your password yet?
Next Story
Tesla’s updated self-driving software will be available on cars by next week