There’s a new player in town that wants to help you put together your next custom rig. Typhoon Systems is a brand new venture by Blumm Technology, and it’s launching with an intriguing focus on AMD’s line of Ryzen and Threadripper processors.

There are three pre-configured builds available at launch – the Hachi, the Roku, and the entry-level Yon.

Named after the Japanese word for the number eight, the Hachi is the current top-end model. It features the octa-core AMD Ryzen 7 1700X and an NVIDIA GeForce GTX 1080, the former of which offers performance very close to that of the flagship Ryzen 7 1800X. On top of that, you'll be able to add a second card for SLI if you wish.

Here’s a summary of the specifications for all three models:

The X370- and B350-based Hachi and Roku systems support CPU overclocking, while the A320 chipset on the Yon does not. 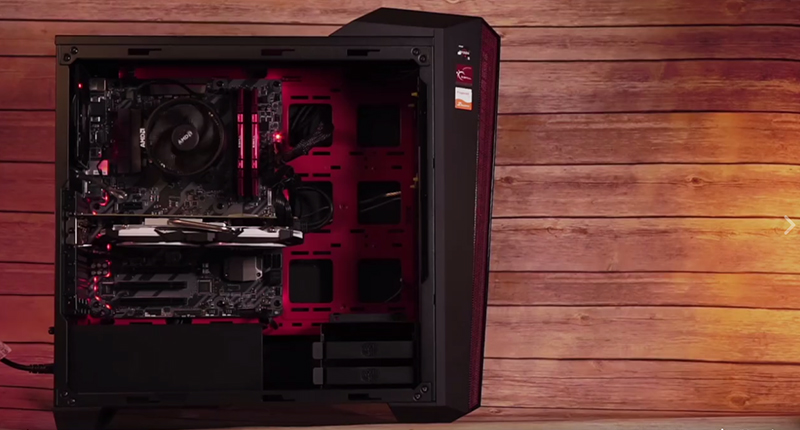 However, should you wish to have a bigger hand in customizing your system, Typhoon Systems will also let you configure the systems with your choice of components.

And with the upcoming release of the Ryzen 3 and Threadripper CPUs, the company will be offering systems with those parts as well, including ones tailor-made for corporate customers.

Typhoon Systems says it wants to provide the latest hardware as opposed to just going with the more popular option – that is, Intel – which is why it chose to focus on AMD’s new processors instead. AMD's Ryzen chips have turned out very competitive multi-threaded performance, and while gaming performance in CPU-limiting scenarios is still behind Intel, it's worth noting that they offer quite similar performance in GPU-bound scenarios where resolution or graphics settings have been cranked up.

Having said that, Dreamcore, another local startup, does offer Ryzen with the Dreamcore One and Reverie. Similarly, Aftershock also offers Ryzen CPUs with its Hypergate and Ultracore PCs, and we've been told Threadripper will eventually be available as well.

Either way, more competition is good news for local customers as they’ll now have more options to choose from. You can check out Typhoon Systems' website for yourself here.

Join HWZ's Telegram channel here and catch all the latest tech news!
Our articles may contain affiliate links. If you buy through these links, we may earn a small commission.
Previous Story
NEC opens first Advanced Centre for Experimentation (ACE) in Singapore
Next Story
LG G6 now comes in Terra Gold and Marine Blue