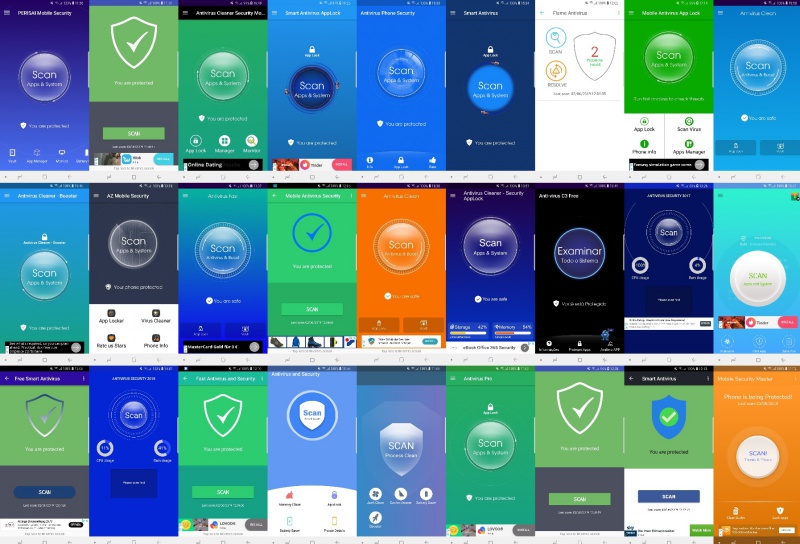 Most antivirus apps on the Google Play Store are not working properly according to European company AV-Comparatives.

In its recent 2019 Android Test of 250 antivirus apps from the Google Play Store, AV-Comparatives found that only 80 apps managed to detect over 30% of the 2,000 most common Android malware threats of 2018, and had zero false alarms. Some of these 80 apps come from reputable brands such as AVG AntiVirus, Lookout Security & Antivirus, McAfee Mobile Security and Symantec Norton Security.

The other apps detected less than 30% of the Android malware samples, or had a relatively high number of false alarms as they mistook benign apps for malware. AV-Comparatives also discovered that some of these apps use a "whitelist" approach to screening for malware.

This means that only specifically named apps are permitted to run on the device, which leads to serious implications such as blocking many legitimate apps or even themselves, and hackers sneaking their malicious apps through by having similar package names as legitimate apps (e.g. com.facebook.malware).

If you are looking for an antivirus app for your Android device, it's recommened to opt for the well-known, verified and reputable brands. AV-Comparatives also states that relying on user ratings of an app is not effective as these ratings are based solely on user experience and not whether they actually provide effective protection.