Two series starring BTS are set to stream on Disney+

Two series starring BTS are set to stream on Disney+ 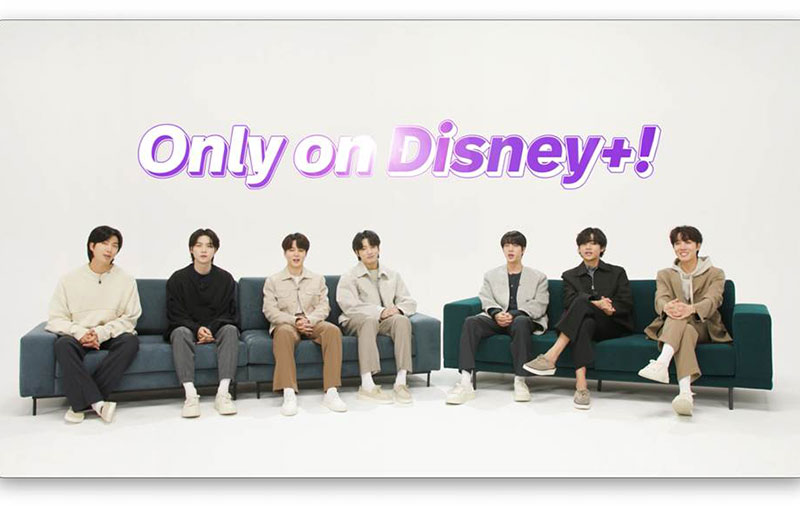 This includes three exclusive projects featuring either BTS or its members, bringing the world's most popular K-pop group to Disney+.

"This collaboration represents our creative ambition – to work with iconic content creators and top stars in Asia Pacific so their talent can be enjoyed by mainstream audiences in multiple ways," said Jessica Kam-Engle, APAC Head of Content at The Walt Disney Company.

"We believe these new titles will captivate consumers worldwide and look forward to introducing more music content on our service."

The projects coming to Disney's streaming services include:

Meanwhile, Friendcation is an original travel reality show with a star-studded cast including V of BTS, Itaewon Class’ Seo-jun Park, Parasite star Woo-shik Choi, Hyung-sik Park, and Peakboy. The program features the five friends venturing on a surprise trip and enjoying a variety of leisure and fun activities.

Finally, Beyond The Star is a docu-series that follows the journey of BTS themselves. It will showcase a vast library of music and footage from the past nine years, featuring the daily lives, thoughts, and plans of BTS members as they prepare for their second chapter.

The docu-series will be available exclusively on Disney’s streaming services next year.

BTS said earlier this month that they will be focusing on solo projects moving forward, although Hybe later clarified that the group is not actually disbanding and would still take part in activities together.

Join HWZ's Telegram channel here and catch all the latest tech news!
Our articles may contain affiliate links. If you buy through these links, we may earn a small commission.
Previous Story
New House of the Dragon trailer looks even more epic than Game of Thrones
Next Story
Creative launches the Live! Cam Sync V3 with a 2K resolution and 4X digital zoom