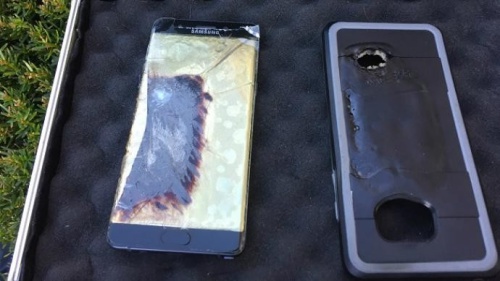 Earlier today, we reported of a second incident involving a replaced Galaxy Note7 catching fire in the U.S. It turns out that there are another two similar incidents which happened in Kentucky and Taiwan.

Michael Klering, who lives in Nicholasville (a city in Kentucky, U.S) told WKYT News that he woke up to a hissing sound in the bedroom at around 4 am. When he opened his eyes, his bedroom was filled with foul-smelling smoke emitted by his burning Galaxy Note7. Klering said that his Galaxy Note7 was a replacement unit.

WKYT News - “The phone is supposed to be the replacement, so you would have thought it would be safe. It wasn’t plugged in. It wasn’t anything, it was just sitting there,” Klering said.

Following the incident, Samsung wanted to take possession of Klering's phone, but he refused to give it up. Samsung offered to pay for him to have it x-rayed and Klering thought that the company was helping him until he received a purported message from a Samsung representative that wasn't meant to be sent to him:

“Just now got this. I can try and slow him down if we think it will matter, or we just let him do what he keeps threatening to do and see if he does it."

On the other side of the world, a Taiwanese user of a replaced Galaxy Note7 was walking her dog when smoke spewed from her phone. She quickly removed the phone from her pocket and threw it to the ground.  According to The Apple Daily report, the user heard a "bang" before feeling the heat from the phone. 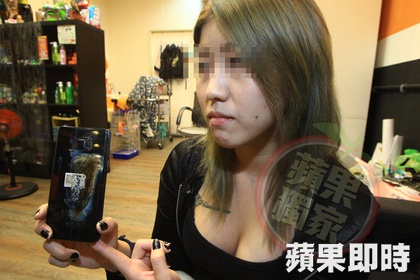 The user had purchased the Galaxy Note7 in August and had it exchanged on 27th September. Samsung Taiwan issued a statement on Saturday stating that it is trying to contact the customer and hope to recall the product to clarify on the cause of the incident.

Join HWZ's Telegram channel here and catch all the latest tech news!
Our articles may contain affiliate links. If you buy through these links, we may earn a small commission.
Previous Story
Samsung trademarks "LightUp Camera" and "Light+ Camera" for the Galaxy S8
Next Story
Another replaced Galaxy Note7 catches fire in the U.S