Two different sized A9 chipsets found in the Apple iPhone 6s, one is 10% smaller

Two different sized A9 chipsets found in the Apple iPhone 6s, one is 10% smaller 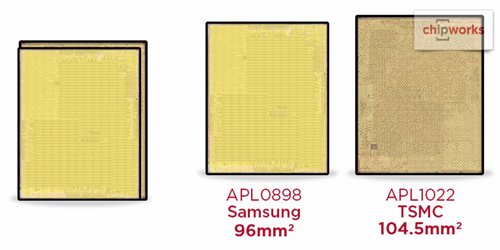 Every generation of iPhone ships with a new processor and the iPhone 6s/6s Plus are no different; they are powered by an A9 processor. However, the A9 chipset is found to come in two different sizes.

Will an iPhone 6s powered by the Samsung-built A9 chipset perform better? Chipworks is in the process of conducting further testing and we will know the results soon.

Join HWZ's Telegram channel here and catch all the latest tech news!
Our articles may contain affiliate links. If you buy through these links, we may earn a small commission.
Previous Story
Apple Watch 2 rumored to be launched in mid to late 2016
Next Story
HTC unveils Butterfly 3 and One M9+ Aurora Edition smartphones