The compromised Twitter accounts were used to post a message encouraging people to donate their bitcoins to an address and the brand or person will double the payment. The tweets appear to be highly coordinated with different waves going out at different intervals.

Some of these accounts include Apple, Elon Musk, Joe Biden, Bill Gates, Barack Obama and Warren Buffett. According to coindesk, some of the compromised accounts have multi-factor authentication enabled. 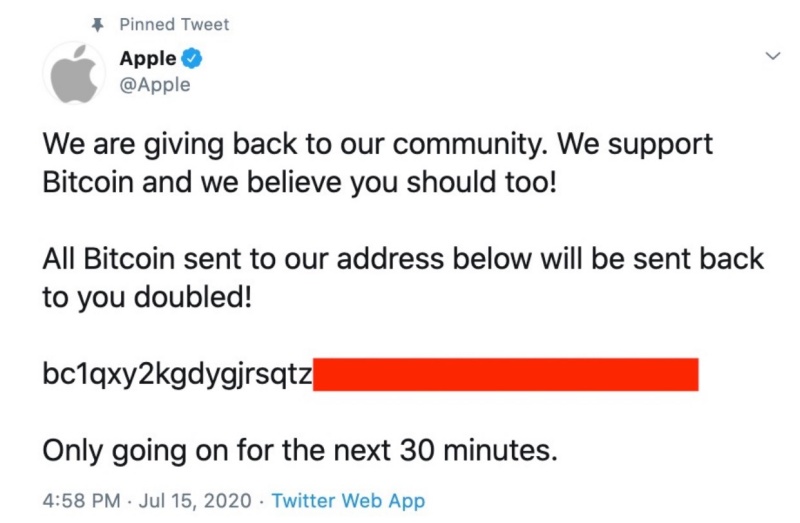 Twitter says it is aware of the security incident and is investigating. The company is also taking steps to fix it. Two of the steps include blocking verified accounts from tweeting and not allowing users to reset their password.

Join HWZ's Telegram channel here and catch all the latest tech news!
Our articles may contain affiliate links. If you buy through these links, we may earn a small commission.
Previous Story
Mark your calendars, Intel is announcing "something big" on 2nd September
Next Story
Mozilla VPN available now in 6 countries including Singapore