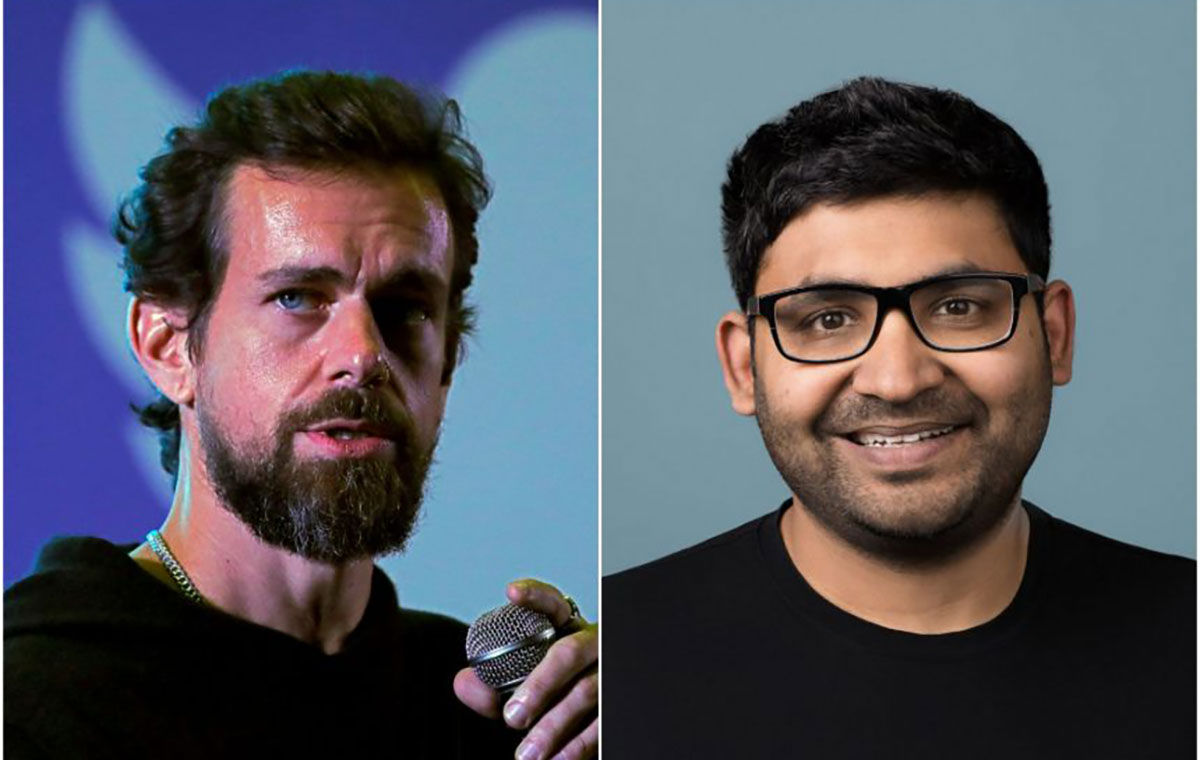 A version of this article first appeared in The Straits Times, an SPH publication, on November 29 2021.

The appointment of Mr Agrawal, a 10-year veteran of Twitter, signalled a tacit endorsement by the board of a strategy the company previously laid out to double its annual revenue by 2023, even if investors were not so sure.

Twitter shares surged nearly 10 per cent after the announcement and closed down 2.7 per cent.

Mr Dorsey, who co-founded Twitter in 2006, is leaving after overseeing the launch of new ways to create content through newsletters or audio conversations while simultaneously serving as CEO of his payments processing company Square.

He also navigated the tumultuous years of US President Donald Trump’s administration before banning the Republican from the platform after the Jan 6 attack on the US Capitol.

The CEO change is effective immediately and Mr Dorsey will remain on the board until his term expires at the 2022 annual shareholder meeting, the company said.

In an email to employees on Monday, Mr Dorsey said he chose to step down due to the strength of Mr Agrawal’s leadership, the naming of Salesforce chief operating officer Bret Taylor as the new chairman of the board and his confidence in the “ambition and potential” of Twitter’s employees.

“I’m really sad ... yet really happy,” he wrote. “There aren’t many companies that get to this level,” adding that his move to step down “was my decision and I own it.”

“We recently updated our strategy to hit ambitious goals, and I believe that strategy to be bold and right,” Mr Agrawal said in an email to employees. “But our critical challenge is how we work to execute against it and deliver results.”

Over the past year, Twitter has fought to end years-long criticism that it has been slow to introduce new features for its 211 million daily users and was losing ground to social media rivals like Instagram and TikTok.

The company also rolled out advertising improvements to help brands find Twitter users likely to be interested in their product, a key component of the company’s goal to double annual revenue by 2023.

However, shares of Twitter have slumped in recent months, adding pressure on Mr Dorsey to end his unusual arrangement of being CEO of two public companies.

In early 2020, Mr Dorsey faced calls from Elliott Management Corp to step down, after the hedge fund argued that he was paying too little attention to Twitter while also running Square.

Mr Dorsey fended off the pressure by giving Elliott and its ally, buyout firm Silver Lake Partners, seats on Twitter’s board.

“We are confident that they (Agrawal and Taylor) are the right leaders for Twitter at this pivotal moment for the company.”

Mr Dorsey will now focus on leading Square and other pursuits such as philanthropy, a source familiar with the matter told Reuters.

The company’s board has been preparing for Mr Dorsey’s departure since last year, the source said.

The appointment of Agrawal as Twitter’s new CEO suggests the company has picked engineering as its top priority.

Mr Agrawal has helped lead Twitter’s work on incorporating cryptocurrencies and blockchain technologies into the company and also pursue its long-term ambition to rebuild how social media companies operate.

He has been a key figure in Bluesky, a Twitter-funded organization that is seeking to build a “decentralised” common standard for social media companies. Such a standard would allow different social platforms to operate on the same technology and let users post content across the services, for instance.

Twitter earns the majority of its revenue from selling advertising on its website and app. But its ability to offer highly targeted advertising to drive product sales has lagged far behind larger rival Facebook, advertising experts have said.

The company previously said it sought to grow its highly targeted advertising segment to 50 per cent of its business - it currently constitutes just 15 per cent.

As investors digested the news, the market likely realized Mr Agrawal’s “mountain to scale” to reach the company’s revenue targets and felt “some disappointment that a Twitter outsider hasn’t been brought in to offer fresh ideas,” said Susannah Streeter, an analyst at Hargreaves Lansdown.

Join HWZ's Telegram channel here and catch all the latest tech news!
Our articles may contain affiliate links. If you buy through these links, we may earn a small commission.
Previous Story
NUHS's new NVIDIA-based AI production platform improves patient care and treatment
Next Story
Nissan will spend US$18 billion to accelerate the electrification of its offerings