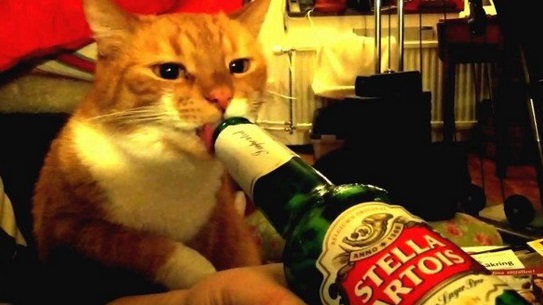 Amid threats of a “serious and imminent” Paris-style attack, Brussels has been in lockdown since Saturday as the authorities shutdown the subway system and shuttered schools, offices, and other public areas like museums and theaters.

But it wasn’t all doom and gloom in the Belgian capital, as the police reportedly gained some unlikely allies as they continued to make arrests in Brussels in a widening terror dragnet. As the hunt for terror suspects went on, authorities appealed that residents avoid posting messages on Sunday that might interfere or give away police operations.

Belgians responded not with silence, but with a deluge of feline reinforcements, some of which were clearly trained operatives that definitely deserved a place on the police force. 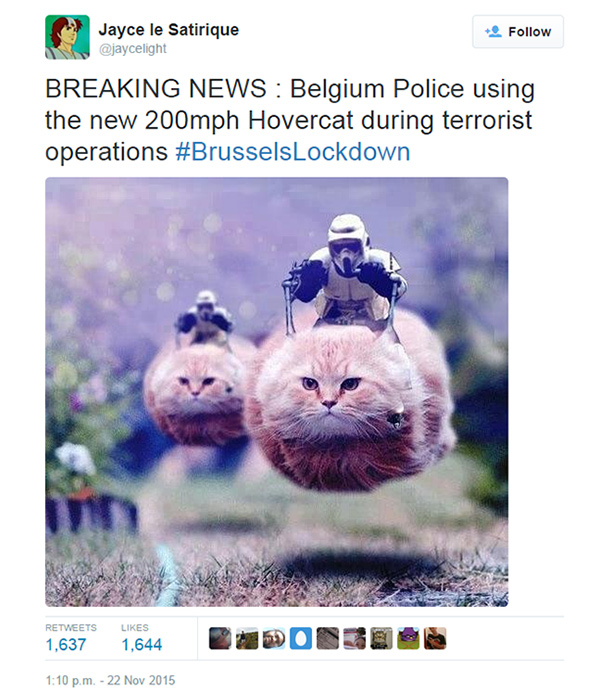 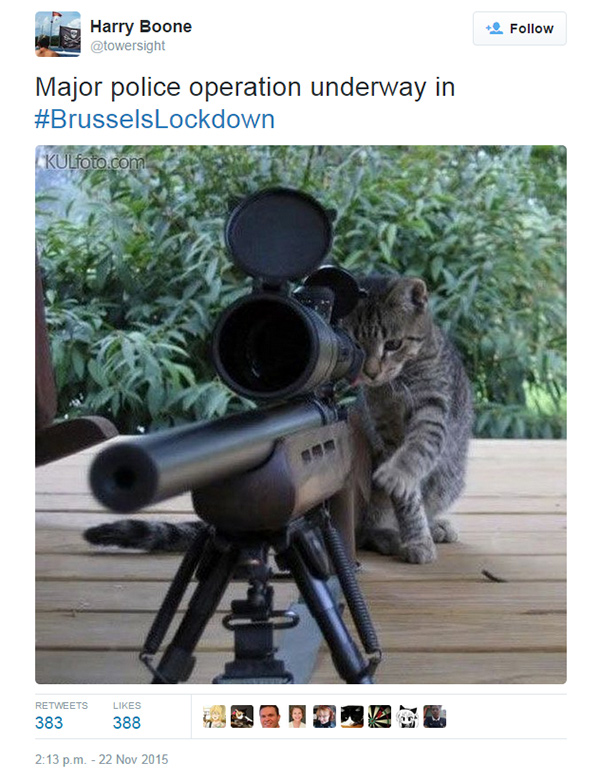 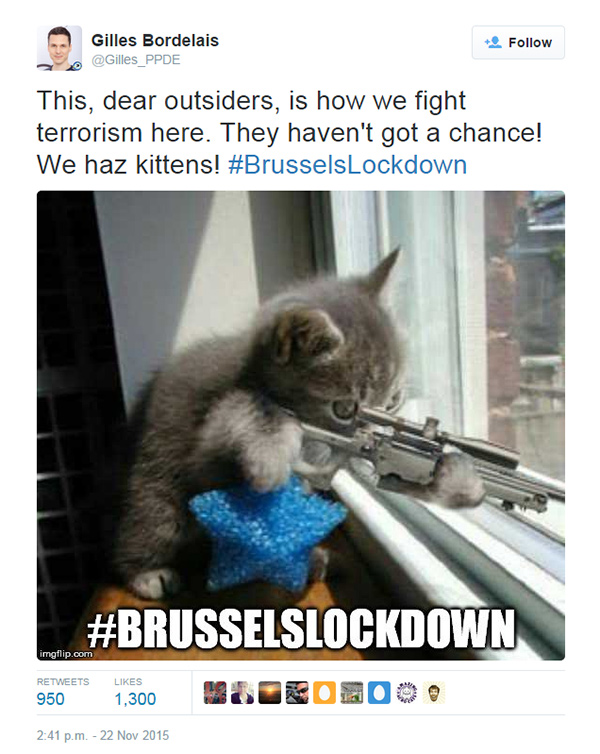 The Brussels police even acknowledged what was going on, responding on Monday with a picture of cat food and a post that read, “For cats who helped us last night… Help yourself!” 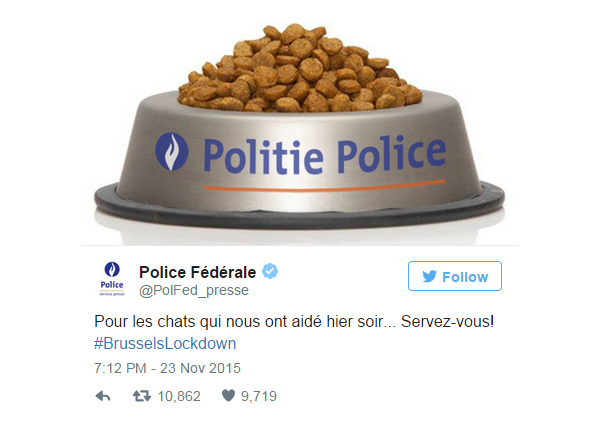 Now that’s how one deals with a lockdown.

Join HWZ's Telegram channel here and catch all the latest tech news!
Our articles may contain affiliate links. If you buy through these links, we may earn a small commission.
Previous Story
Flight Centre will let you experience your destination in VR before traveling
Next Story
The “World’s Coolest Job” by Honestbee is now accepting applicants