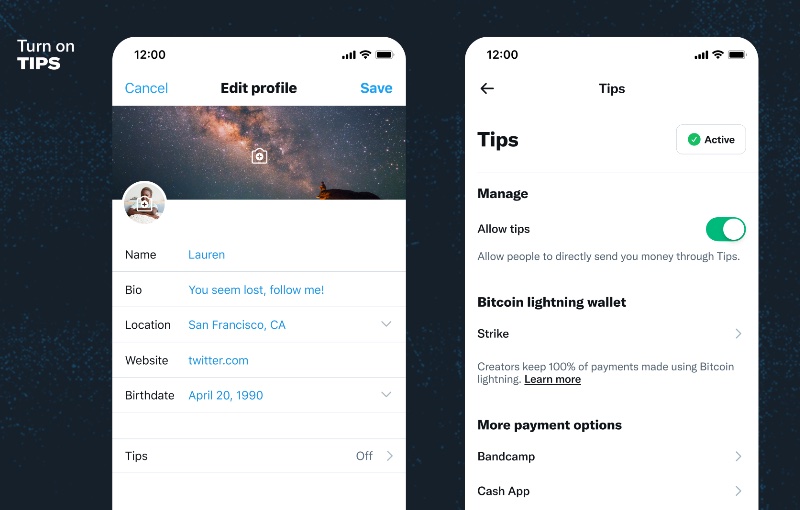 In a push to help creator’s earn money from using its platform, following a beta in May, Twitter is rolling out the ability to all user accounts to accept tips.

This is one of Twitter’s attempts to help creators turn “followers into fans and fans into funds”.

Currently, only accounts on iOS can accept Tips, but with Android support will come soon Twitter said. 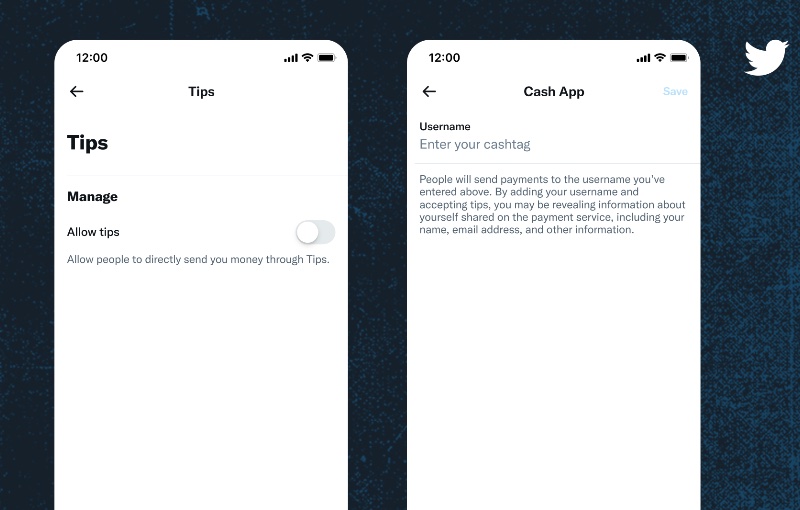 Followers of these creators will be able to tip them to show appreciation for their content developed, by sending them money via a third-party funds transfer service. Current payment options included Bandcamp, Cash App, Patreon, PayPal, and Venmo. Twitter said that they take no cut from these Tips.

To accept bitcoin Tips, Strike, a Bitcoin wallet app that runs on the Lightning Network protocol, is used.

We asked Twitter if there were plans to add local payment apps like PayNow or PayLah! And they said that there weren’t any plans for now, but it could change in the future.

Besides Tips, Twitter was also looking into non-fungible tokens (NFTs) and Super Follows.

Twitter is testing Super Follows with a small group of creators on iOS in the United States. This allows creators to charge followers who are willing to pay, a monthly subscription charge for access to an extra level of content like behind-the-scenes thoughts and private conversations.

For non-fungible token authentication, Twitter didn’t provide any details or specifics about how this would be done, but that more details would be forthcoming.