Twitch has started testing out a new feature called Watch Parties, and as its name suggests, it allows streamers to host actual watch parties by streaming content from Amazon Prime to their viewers. However, viewers will also require an Amazon Prime subscription in order to join in, so you won't technically be able to watch anything for free.

Amazon owns Twitch, so it's not surprising that it's trying to integrate its live streaming platform and video service.

If Watch Parties sees a wider release, it could potentially pave the way for more types of content on Twitch, which is still predominantly used to stream video games. Streamers would also be able to chime in with commentary as they watch a show with their viewers, and I can see people using the feature for live reactions to anticipated shows. 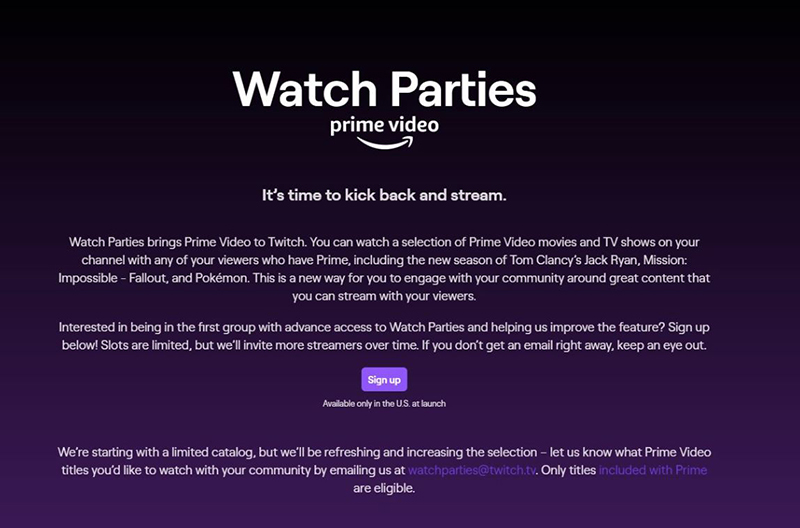 What's interesting is that there's a smaller Twitch rival who may also be doing something similar. Caffeine is a live streaming platform that's still in beta, but it's already reeled in a US$100 million investment from 21st Century Fox. It's also probable that Caffeine will eventually give its streamers some access to 21st Century Fox's catalog of movies.

There's also competition from Microsoft's Mixer, which recently pulled popular Fortnite streamer Ninja away from Twitch in an exclusive deal. Twitch may still be king of the hill when it comes to streaming, but it'll need to find ways to diversify and offer new content if it's to stay on top.