Twitch is stepping up its game with a PlayStation app, HTML5 player, and video playlists

Twitch is stepping up its game with a PlayStation app, HTML5 player, and video playlists 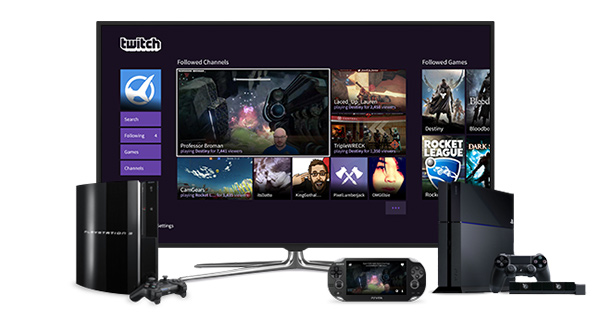 At TwitchCon 2015, CEO Emmett Shear’s keynote address detailed several key improvements that would be coming to the live streaming platform. Among other things, the new features show that Twitch is taking the challenge from YouTube Gaming quite seriously. We’re hardly blaming them. When the world’s largest video platform takes the fight to you, you pay attention.

YouTube Gaming is selling itself as a centralized platform for all game-related video content. This means that it hosts more than just live streams and past broadcasts, including also game reviews and other related videos. To remain competitive, Twitch is now allowing users to upload any video on Twitch, potentially paving the way for a rapid growth of more diverse video content.

In addition, users will soon be able to create playlists of past broadcasts and other content for viewers to access even while they’re offline. If this interests you, you can request to be a playlist beta user here. 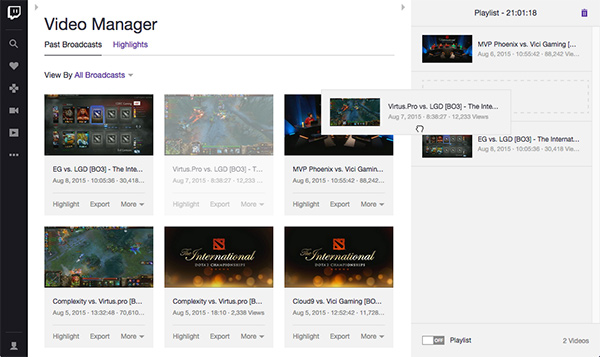 Previously, only past broadcasts could be viewed while your channel was offline and there was almost no way of arranging them. This also means that carefully scripted gameplay videos can now be uploaded, all without the pressure of a live audience.

Twitch is also transitioning to HTML5 for its video player, which could help improve video quality and resolve some longstanding performance issues.

The other big announcement involved a full-featured app for PlayStation devices, including the PS4, PS3, and Vita. The PS4 already allows you to share content via Facebook, Twitter, and Twitch, but if you wanted to view streams on the console, you would have to use the PS4’s browser, or even the abandon it entirely for a separate PC. And when you consider that other platforms like the Xbox One, iOS and Android already have dedicated Twitch apps, this move is rather overdue.

Twitch is finally addressing this shortcoming with its Twitch app for PlayStation (on top of its app for the Samsung Gear VR store), allowing gamers to more easily access content from their favorite games and broadcasters. The company didn’t provide a specific release date, save that it would be coming sometime in the next quarter.

Then there’s Whispers 2.0, an update to the private chat function first introduced back in June. Does your private message often disappear in the fast-moving global chat stream? Private messages, or Whispers, now have their own individual docked windows, alongside a list of all your conversations. According to Twitch, your chat history is also saved forever. 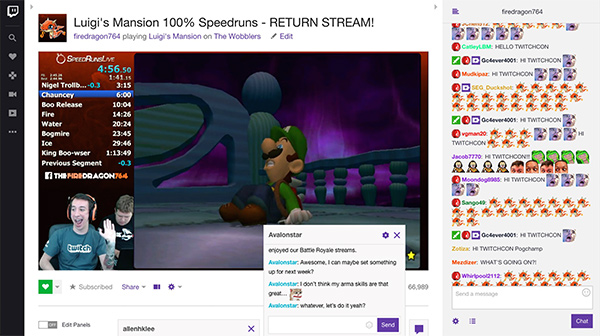 Whispers 2.0 will be available as soon as October, so you could soon have meaningful discussions with friends without even leaving the broadcast window.