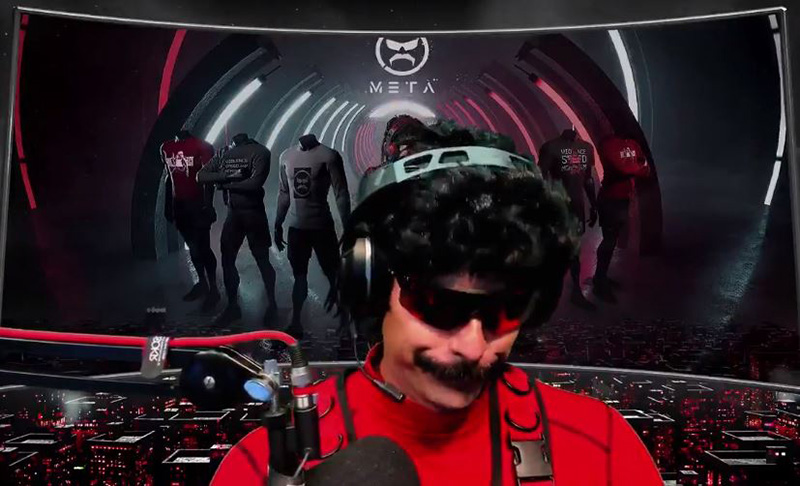 Twitch has reportedly banned popular streamer Guy Beahm, better known by his handle Dr Disrespect. This is kind of a big deal because of the large following Dr Disrespect commands on Twitch – he's among Twitch's top 10 most-followed accounts with over 4 million followers – and also the fact that he's currently signed to an exclusive two-year contract with the streaming platform.

His disappearance from the platform comes shortly after Twitch said it would begin looking more closely at allegations of sexual abuse and harassment involving Twitch streamers. More significantly, it said that it has prioritised the most serious cases and would begin issuing permanent suspensions in line with its findings immediately.

While Twitch has not confirmed that Dr Disrespect has in fact been banned, this would be his second ban, after he was suspended temporarily last year for recording inside of a bathroom at the Los Angeles Convention Center during E3. At the time of writing, no public statement has been forthcoming from Dr Disrespect either.

However, esports reporter Rod Breslau has cited certain sources as saying that the ban is permanent and that it is unrelated to the wave of bans connected to takedowns under the Digital Millennium Copyright Act (DMCA).

When contacted by various publications, Twitch simply offered a statement about its terms of service: "As is our process, we take appropriate action when we have evidence that a streamer has acted in violation of our Community Guidelines or Terms of Service. These apply to all streamers regardless of status or prominence in the community.”

Join HWZ's Telegram channel here and catch all the latest tech news!
Our articles may contain affiliate links. If you buy through these links, we may earn a small commission.
Previous Story
Mulan and Tenet are getting delayed yet again
Next Story
Riot Games is selling medical-themed League of Legends skins for Covid-19 relief