Turn your iPad Air into a MacBook with the BrydgeAir keyboard

Turn your iPad Air into a MacBook with the BrydgeAir keyboard 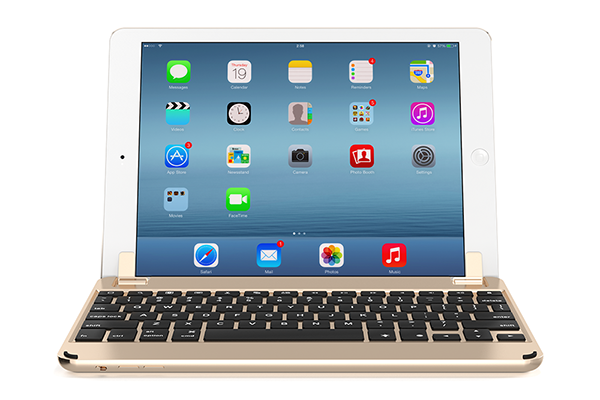 It's been barely a month since Apple announced its new iPad Air 2 and there are already accessories designed for it. If you use your iPad Air or iPad Air 2 for a lot of productivity tasks (think word processing and emails) then you might want to invest in the new BrydgeAir keyboard.

The BrydgeAir is a Bluetooth keyboard that has been designed with the iPad Air 2 in mind, and its design follows closely of the older Brydge+ keyboard, which we reviewed earlier this year.

The BrydgeAir has an aluminum chassis that is solidly put together and exhibits very high levels of build quality that complement the iPad. It also has hinges that attach to your iPad allowing it to open and close like a notebook. In fact, when attached, the iPad looks like a small MacBook. That aside, the BrydgeAir also features backlit keys and even built-in stereo speakers.

Join HWZ's Telegram channel here and catch all the latest tech news!
Our articles may contain affiliate links. If you buy through these links, we may earn a small commission.
Previous Story
NVIDIA's Shield Tablet gets Lollipop, Grid service announced for Asia
Next Story
Gigabyte shows off its new Waterforce cooler, the GV-N980X3WA-4GD