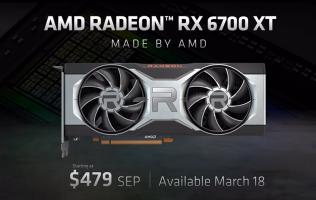 TSMC starts production of A13 chipsets for 2019 iPhones

TSMC starts production of A13 chipsets for 2019 iPhones Early test production of Apple’s next generation mobile chipsets has started in April according to Bloomberg’s sources.

The sources added that the mobile chipsets, known as A13, could go into mass production as early as this month. The A13 chipsets will be used in the 2019 iPhone lineup which includes three new models.

Reiterating previous rumors, Bloomberg reports that the 5.8-inch and 6.5-inch 2019 iPhone models will come with three rear cameras. The third camera is an ultra-wide angle lens that can produce bigger, more detailed images and enable a broader range of zoom.

There will be an auto-correction feature for users to fit people back into a photo which may have been accidentally cut out. Reverse wireless charging is also reportedly coming to the three new iPhone models.

Join HWZ's Telegram channel here and catch all the latest tech news!
Our articles may contain affiliate links. If you buy through these links, we may earn a small commission.
Previous Story
Singtel releases price plans for the Google Pixel 3a and 3a XL
Next Story
Samsung missed the April launch date for its Galaxy Home smart speaker