Trump tweets that he is working to get ZTE 'back into business, fast'

Trump tweets that he is working to get ZTE 'back into business, fast' 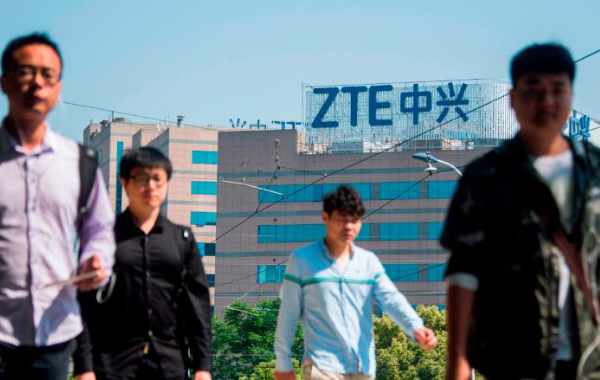 President Trump has just tweeted that he is working with Chinese President Xi Jinping to find a way to get ZTE back into business.

ZTE announced last week that it was ceasing "major operating activities" of the company and that it had sufficient reserves to stay afloat.

ZTE has been slapped with a 7-year ban on buying crucial US telecoms components after it was discovered that they had been illegally supplying Iran North Korea with US tech.

If access to US components is not granted quickly, analysts believe that ZTE will find it hard to stay competitive.

President Xi of China, and I, are working together to give massive Chinese phone company, ZTE, a way to get back into business, fast. Too many jobs in China lost. Commerce Department has been instructed to get it done!

According to reports, Trump has "instructed" the US Commerce Department to try and work out a deal with the Chinese to get ZTE access to US components.

Additionally, Trump is also worried about the number of jobs lost in China. ZTE is one of China's largest telecoms companies and employs about 80,000 in the country.

ZTE is also a big customer in the US. Reports say that ZTE spent over US$2.3 billion on buying components from about 200 suppliers in the US.

Some of its largest suppliers include Qualcomm, Broadcom, Intel, and SanDisk. ZTE spent at least US$100 million buying tech from each company.