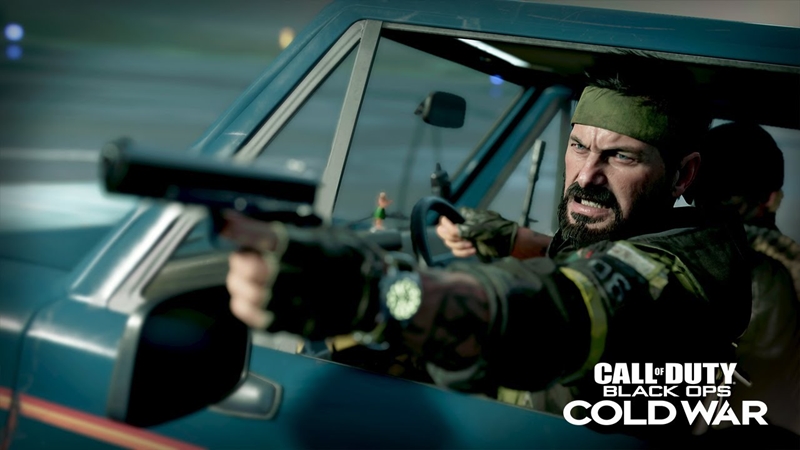 Heads up, pal. If you're a dataminer looking for information and easter eggs in the Call of Duty: Black Ops Cold War cross-play open beta, you should prepare to be disappointed.

Or at the very least, infuriated.

In what many would consider one of the best "rickrolls" by a game developer since the dawn of the meme, Treyarch has taken a page out of the Internet trolls' book and put it into their ongoing cross-play beta test, deterring would-be dataminers in a splendidly hilarious way.

For those who have never seen anything from 9GAG or even been on the Internet for the past five years, a "rickroll" is a way of annoying people online by means of posting a fake link to a piece of information the target considers valuable, such as a "trailer" for the Pokemon Diamond and Pearl remakes, if the target happens to be a Pokemon fan. However, clicking on the link doesn't redirect them to the "Promised Land", in that sense, and instead takes them to the opening melody of Rick Astley's "Never Gonna Give You Up", which completes the troll. 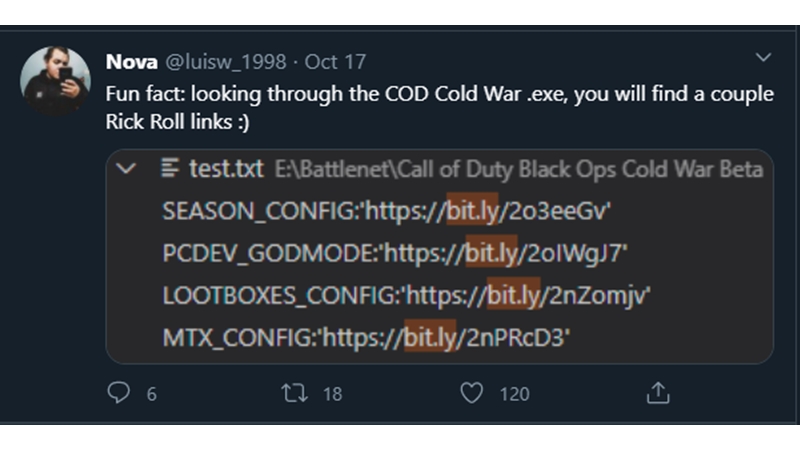 Anyway, what Treyarch did was nothing short of genius - they intentionally added in a bunch of bit.ly links within the game's executable (.exe) file and associated them with particularly interesting aspects like "LOOTBOXES_CONFIG" as you can see above in this image by Twitter user Nova. Operating on the assumption that the only people interested enough to dig through the specifics of the game's code at this point in time would be dataminers, the (unfortunate) victims who clicked on the links would then be redirected to a rickroll. Honestly, it's as classic as it gets.

As for the rest of us who would prefer not to get spectacularly trolled, the cross-play open beta for Black Ops Cold War is still ongoing, so if you're interested in getting the game when it releases on November 13, it's a great way to get yourself acquainted with the Multiplayer, although the reimagined Zombies mode is going to be my first stop. Regardless, we've got some time to kill before the download completes, so why not check out what Treyarch themselves had to say about the game in our recent Q&A session?