The trailer for Transformers War for Cybertron: Earthrise reveals a new faction

The trailer for Transformers War for Cybertron: Earthrise reveals a new faction 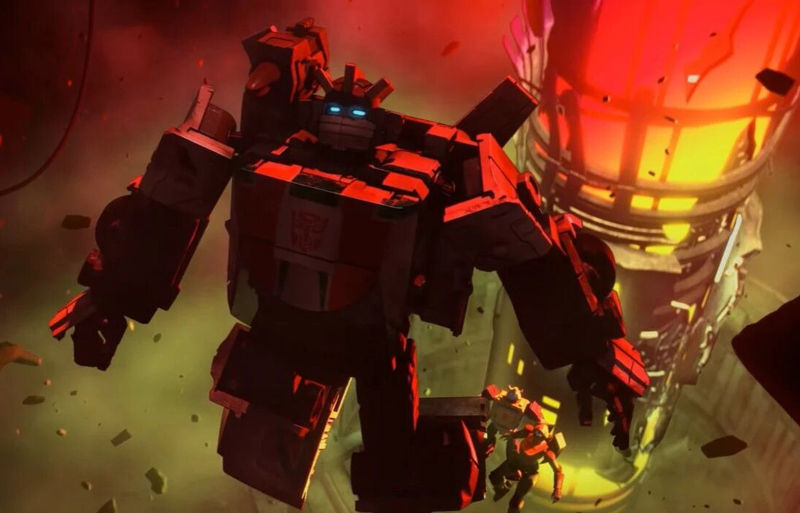 The first part of this trilogy was actually pretty good!

Netflix has released a trailer for Transformers: War for Cybertron Trilogy - Earthrise, the second chapter in this epic prequel to the original Transformers series. The first chapter, titled Siege, shed light on the Autobots and Decepticons’ battle over the fate of Cybertron, as well as its key players. The second chapter will continue that story.

Earthrise picks up where Siege left off, with Megatron’s plans for the Allspark utterly destroyed. The Autobots have been split up, with some of them leaving Cybertron on an Ark and the rest remaining on the planet to fight Decepticons.

The trailer is a little vague, but it teases many new threats - including potentially, a new faction called the ‘Mercenaries’. Optimus and friends have found themselves in a strange new land and upon asking a new acquaintance if they’re from another faction, the robot ominously replies, “There are no factions out here.”

The final chapter of the War for Cybertron Trilogy is titled Kingdom. In our interview with series creator F.J. DeSanto, he spoke about where the show was headed:

It’s about fighting for what you believe in. It’s about staying true to your values, loyalty and brotherhood. It’s about becoming who you’re meant to be - especially for Optimus and Megatron. This is really about their journeys into the legends we know them as. When it starts, they’re not quite perfect yet. They’re still flawed. Optimus and Megatron make mistakes. That’s fun to explore as the series goes on.

Transformers: War for Cybertron Trilogy - Earthrise does not have a release date yet.