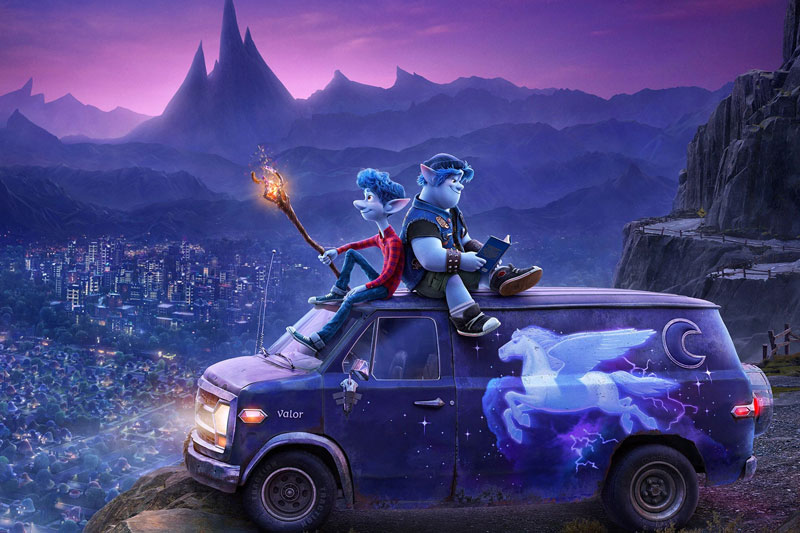 First Monsters Inc, and now this. Pixar sure does have a thing for humanising fantasy creatures.

Tom Holland and Chris Pratt reunite (they starred in this little 'indie' film together - Avengers: Endgame) to voice two brothers on a quest to find magic in Pixar’s latest animated tale, Onward. The movie is set in a fantasy world populated with all kinds of magical creatures - elves, trolls, mermaids, fauns, goblins, satyrs and the like.

However, in this world, magic has become a thing of the past. Instead of wands and magic carpets, citizens simply use mobile phones and cars. Two elvish brothers, Ian (Tom Holland) and Barley Lightfoot (Chris Pratt) discover that they have a chance to spend one last day with their late father, who passed when they were too young to remember him.

Read: You're probably going to cry. A lot.

The movie was written and directed by Drew Scanlon and inspired by his relationship with his own brother and father (who also died when Scanlon and his brother were young), so this looks to be a very personal tale.

If Pixar’s last few films (Coco, Inside Out, Toy Story 4) have taught me anything, it’s that there won’t be a dry eye in the cinema once this movie is over.