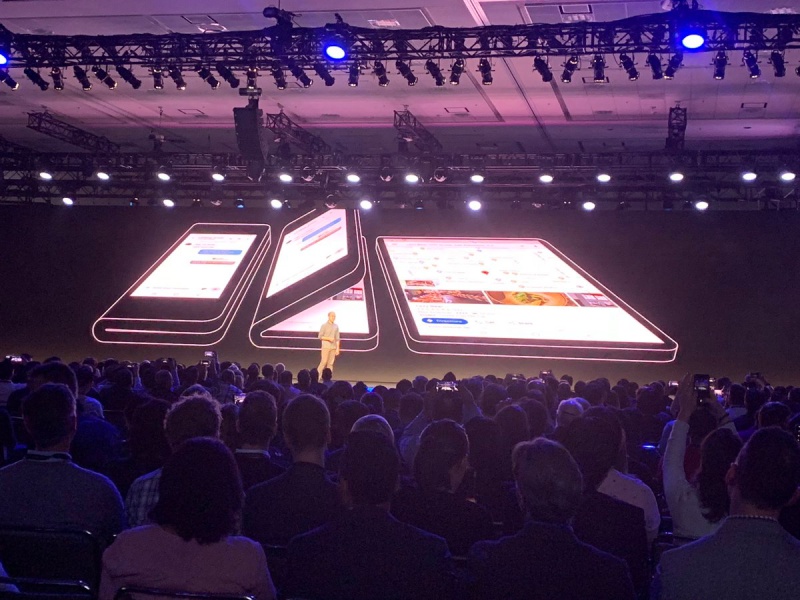 Samsung recently filed a trademark in Turkey which could reveal the name of its first foldable phone.

Samsung offered a glimpse of its first foldable phone at the annual developer conference last month. The phone make uses of a foldable phone technology called Infinity Flex Display and has a 7.3-inch display that can be folded in half to fit into a pocket.

The foldable phone could be announced in March according to Yonhap News Agency and could be the solution to Samsung's struggling mobile business.

Previous Story
Apple to release "all-new design" AirPods in 2020?
Next Story
LG's next smartphone could have a hexadecimal (that's 16 lenses!) rear camera