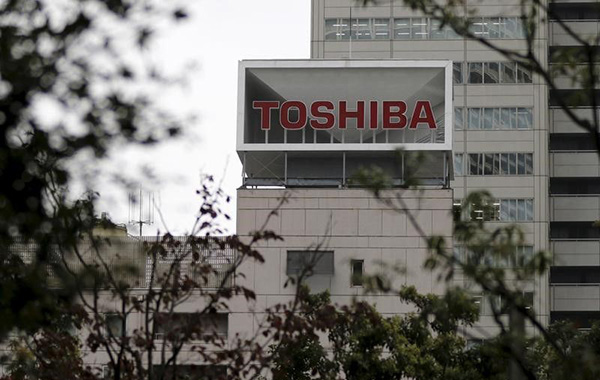 After a protracted period of negotiations, drama, and twists, Toshiba has finally announced that it has decided to sell its lucrative flash memory business to a consortium led by Bain Capital for US$18 billion.

Toshiba is forced to sell its flash memory business after its American nuclear power division, Westinghouse Electric, filed for bankruptcy.

Apart from having humongous resources, Apple is also interested in the deal because it allows them to secure a supplier for flash memory, which is used in just about every one of its devices from iPhones to iPads to Macs.

In addition, two Japanese state-backed institutions - the Innovation Network Corporation of Japan and the Development Bank of Japan - will join on as investors once certain criteria are met.

However, the deal is still subjected to antitrust scrutiny and also objection by Western Digital.

Toshiba has disputed this and has sued Western Digital for more than US$1 billion for its interference.

In response to this deal, Western Digital has issued a statement saying that they are "disappointed".

Finally, there are some concerns that this deal could lead to higher memory prices and therefore more expensive devices.

Often, private equity groups are concerned with recouping their investments quickly, and they could be tempted to increase memory prices, which would lead to more expensive devices.

Apple, for example, recently increased prices of some of their iPad Pro models in response to higher costs of flash memory.

Toshiba is the world's second largest manufacturer of flash memory, behind only Samsung, with a market share of around 30%.

Join HWZ's Telegram channel here and catch all the latest tech news!
Our articles may contain affiliate links. If you buy through these links, we may earn a small commission.
Previous Story
macOS High Sierra will be available on 25th September
Next Story
Intel’s 8th-generation Coffee Lake processors bring more cores to mainstream desktops