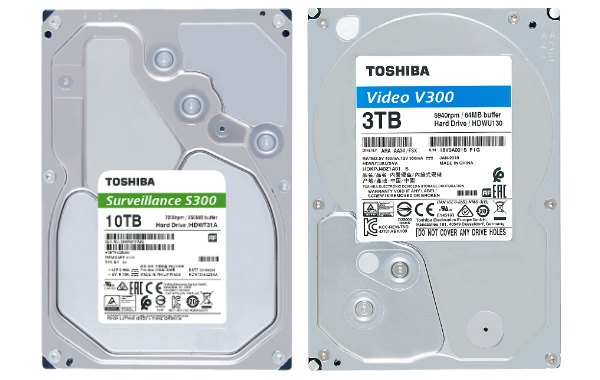 More importantly, it can record data from up to 64 HD cameras simultaneously.

To make it easier for consumers to identify the drive, the S300 drives will come with green labels.

The second drive, the V300, is the consumer and entry-level version of the above-mentioned S300.

It spins at a slower 5,400rpm and can record video from up to 4 HD cameras simultaneously. The lower spin rate of the V300 will make it less noisy than the S300.

The V300 also has a lower rated endurance of 72TB per year.

It is available in 1TB, 2TB, and 3TB capacities.

The V300 series of drives will come with blue labels.

The S300 and V300 drives will be available locally in May.