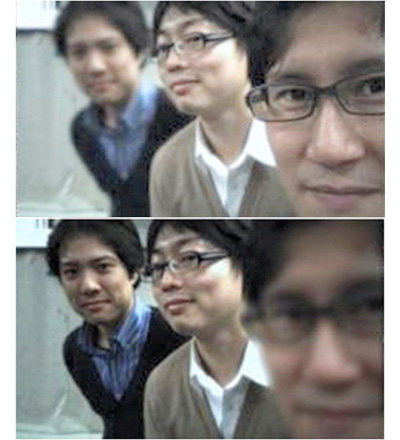 According to the Asahi Shimbun, Toshiba is developing a light-field camera for use in smartphones and tablets. Like the light-field image sensor found in the Lytro camera, Toshiba's camera will allow photographers to change the focal point in an image after it's been shot. Unlike the larger Lytro camera however, Toshiba's camera only measures about 1 centimeter per side.

The cube-shaped module contains a dense array of 500,000 lenses in front of a sensor measuring 5 by 7mm. Light-field cameras have been in development since the 1990s, but early cameras were massive. Lytro created the first mass-market, compact-sized light-field camera, but that camera shipped with some limitations as detailed in our Lytro review: The light-field images are saved to a proprietary format, each image weighing in at about 16MB. When exported to more manageable JPEGs, the images are a tiny 1MP.

It'll be interesting to see how Toshiba tackles the same challenges with its implementation. Toshiba plans to commercialize the camera by end of fiscal year 2013, so it'll be some time before we see it appear in the shops.

Source: Asahi Shimbun via The Verge.