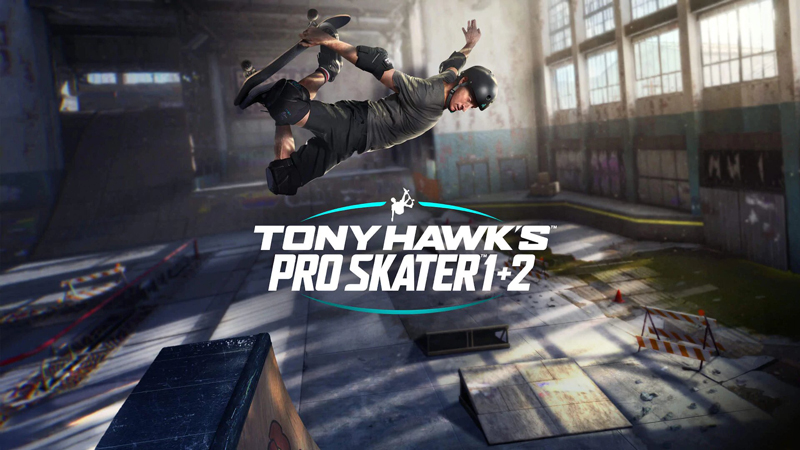 Nostalgia, thy name is Tony Hawk.

Tony Hawk’s Pro Skater 1 and 2 are getting beautifully remastered for modern platforms, and bundled together for a simultaneous release on September 4, 2020. The announcement took place during a Summer Game Fest reveal event, with Tony Hawk himself taking centre stage to unveil the game.

This is bound to be a nostalgic announcement for gamers who were around for the early days of Pro Skater on the first PlayStation console. Vicarious Visions are developing the remastered games - a pretty great choice, considering that they also remastered the first three Crash Bandicoot games for Activision’s Crash Bandicoot N. Sane Trilogy.

You can check out the announcement trailer below:

A huge part of the original Pro Skater experience comes from its soundtrack, and that won’t change in these remasters. Vicarious Visions confirmed that most of the songs from the original games will return, with iconic artists like Goldfinger, Powerman 5000, Rage Against the Machine and Primus featured in the new soundtrack.

During the Summer Game Fest announcement, Tony Hawk confirmed that the remasters would stay loyal to the originals, ensuring that both games feel as good as they always have - with a couple of neat tricks added in from later games, such as the revert, wall plant and lip tricks. All the original levels (including secret ones), skaters and tricks will otherwise remain intact.

Even Jack Black took the games for a spin:

Excitingly, the game’s multiplayer modes are also getting quite the upgrade. Pro Skater 1 and 2 will feature local split-screen and online multiplayer, in addition to Create-A-Park and Create-A-Skater modes. Create-A-Park will function like Super Mario Maker 2, allowing players to create and share their very own levels with others by using a massive in-game editor.

Tony Hawk’s Pro Skater 1 and 2 will launch on PlayStation 4, Xbox One and PC.

Join HWZ's Telegram channel here and catch all the latest tech news!
Our articles may contain affiliate links. If you buy through these links, we may earn a small commission.
Previous Story
Xiaomi's MIUI 12 gets global availability with June rollout
Next Story
NVIDIA GameGAN is an AI program that recreates games just by watching gameplay