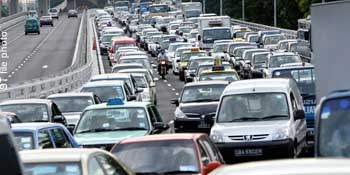 Here are some interesting traffic statistics from TomTom, a leading provider of automotive navigation systems: Clementi is reported as the worst suburb for the morning commute, with travel time nearly two and a half times longer (147 percent increase) during peak hours. Other areas, such as Bukit Timah, Bishan and Jurong West came in second, third and fourth worst for the average commute with traffic times more than doubling, compared to off peak.

The same can't be said for the evening traffic. The journey home in evening rush hour sees Tampines traffic as the worst on the list, with a 96 percent increase in travel time from the city back to Tampines. Bukit Timah and Clementi came in second and third places for the worst affected commuters in the evening, reflecting the experience of their morning drive times. Those on the road to Changi Airport area saw lighter traffic relative to the rest of Singapore; however their journey times still increased by 44 percent over the evening rush hour.

The data gathered is used in TomTom's IQ routes technology, which analyses data and provides drivers with faster, alternative routes. According to Valerie Cross, TomTom Asia Pacific PR Manager, by looking at the real speeds on the roads, IQ Routes gives the smartest way, any time of day.

IQ Routes is available on all TomTom GPS products, mobile applications and maps in Singapore.