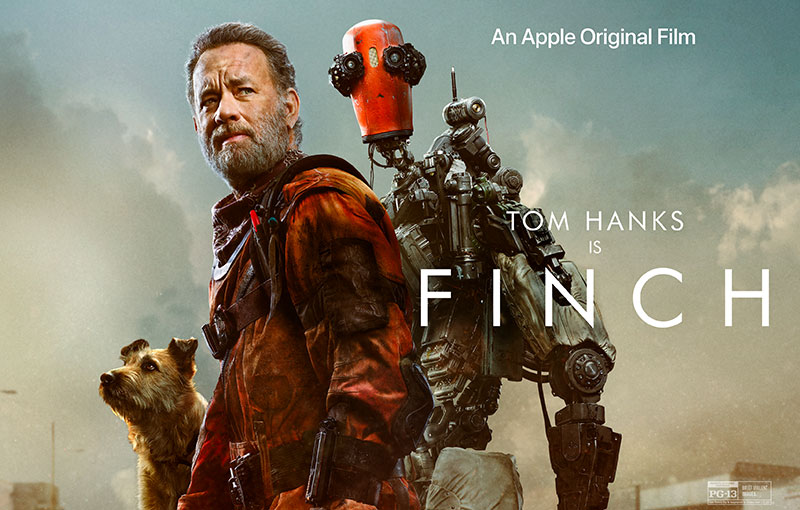 Unlike Netflix, Apple's content strategy is about being laser-focused on fishing out award-winning titles over churning out content on a wider scale, and the upcoming Finch is the second film starring Tom Hanks that will debut on the service after it acquired Greyhound from Sony last year.

Finch is about a robotics engineer (Tom Hanks) attempting to survive a new post-apocalyptic Earth, whose surface and climate has been decimated by a devastating solar flare from the sun. Accompanying him is a furry companion, Goodyear, and a "DIY" robot called Jeff. At the heart of it all is Tom's determination to find a caretaker for Goodyear after his death.

The trailer shows a trecherous the trio now lives in, as they embark on a journey to beat an incoming deadly storm to safety. Their road trip is paved with both challenges and humor, as it’s as difficult for Finch to goad Jeff and Goodyear to get along as it is for him to manage the dangers of the new world.

Catch the trailer below. Finch will be available for streaming on Apple TV+ on 5th November 2021.

Join HWZ's Telegram channel here and catch all the latest tech news!
Our articles may contain affiliate links. If you buy through these links, we may earn a small commission.
Previous Story
Luxury brand Balenciaga is now selling a plain white Fortnite shirt that costs US$995
Next Story
The US government is now investigating Activision Blizzard following a lawsuit