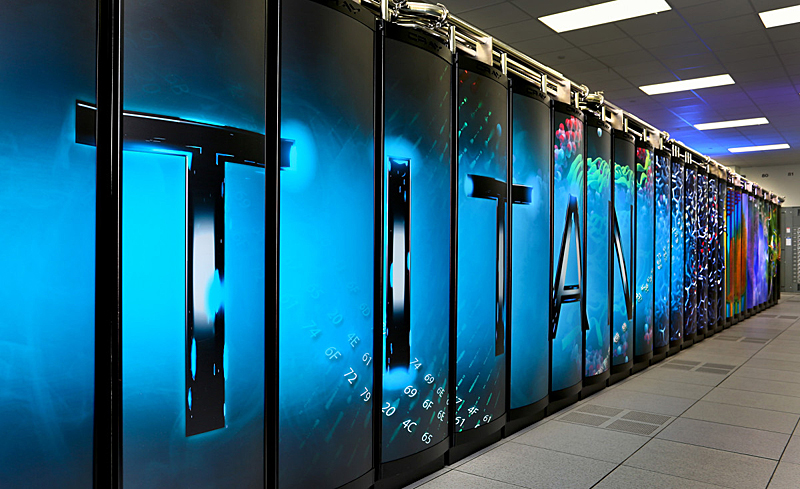 The Titan supercomputer has been decommissioned at the beginning of this month, marking the end of its seven-year tenure at ORLN in Tennessee, United States.

In 2012, Titan made its debut, with a touted peak performance of 20 petaflops, courtesy of its NVIDIA Tesla K20 GPUs that numbered at a staggering 18,688 units! It’s essentially a Cray XK7 supercomputer that is highly scalable in terms of petascale architecture.

According to NVIDIA, its legacy included the following feats:-

Using Titan’s NVIDIA accelerators, General Electric scientists modeled water molecules on a variety of materials in an effort to build wind turbines that resist the formation of ice. Those wind turbines, without heaters, would have been more efficient in their power output.

Developed by the ORNL team in 2017, MENNDL reduces the time necessary to develop neural networks for complex data sets from months to weeks. This is made possible through the acceleration provided by Titan’s 18,688 NVIDIA GPUs.

The Titan supercomputer has been succeeded by Summit that has a peak performance of more than three exaops, or 3 billion calculations per second. Summit is more than 100 times faster than Titan. This is mainly due to the presence of 27,648 Volta GPUs and its high-speed NVLink interconnect technology.