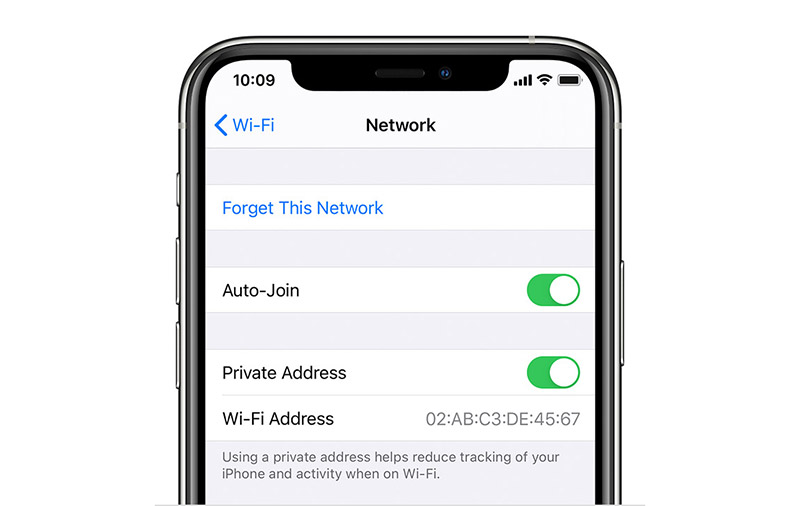 In addition to unveiling the 8th-gen iPad and 4th-gen iPad Air and the Apple Watch Series 6 and Apple Watch SE, Apple has also confirmed that iOS 14, iPadOS 14 and watchOS 7 will be generally available tomorrow, Sep 17.

One of the new privacy features that the new OSes bring is the issuing of private Wi-Fi addresses. I’ve talked about this months ago, but briefly, the new OSes is going to randomise your devices’ MAC address when they join a Wi-Fi network. Changing the MAC address and doing it repeatedly — even when the device has previously joined the network — makes it harder for network owners to track or profile you across locations and over time.

By default, this feature is enabled and most people shouldn’t have a need to turn it off. Perhaps the only time I’d suggest turning it off is if you’re on home Wi-Fi and have a security gateway or router set up to monitor new connections. Without a static address, your monitoring system may keep telling you that a new device has joined the network when it detects a new MAC address.

Disabling private Wi-Fi addresses also makes sense if you rely on MAC-based access rules or parental controls. Again, I’m talking about home networks — randomising the MAC address is a good privacy feature to have when you’re out and about.

It’s easy to turn off private address for your device. Simply go to the Wi-Fi section in the Settings app, find the network, tap the ‘i’ button beside it and tap the Private Address toggle. Remember, this feature is present on iPhones, iPads and Apple Watches running iOS 14, iPadOS 14 and watchOS 7 respectively — which means you’ll have quite a few taps to make if you’ve many Apple devices.

Join HWZ's Telegram channel here and catch all the latest tech news!
Our articles may contain affiliate links. If you buy through these links, we may earn a small commission.
Previous Story
PSA: iOS 14, iPadOS 14, watchOS 7, and tvOS 14 are now available to update
Next Story
U.S. customs seized US$400k of counterfeit AirPods that were actually OnePlus Buds