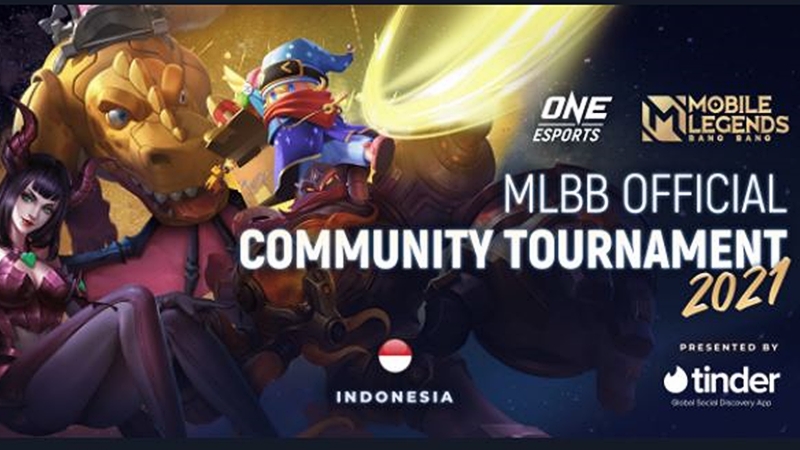 For all intents and purposes, I highly doubt Tinder is something that anyone would naturally associate with competitive video gaming, much less with an organisation as prominent as ONE Esports. However, given that these past few years have already been full of surprises, you could say that having both of those entities collaborate is par for the course.

Apparently, Tinder is working on introducing a new Esports Passion category on their app, and they're bringing in ONE Esports to help with the publicity. Operating on the grounds that Gaming was one of the Top 10 most popular dating categories among Gen Z users in Southeast Asia, this new Passion aims to double down on that and bring Gen Z folks together over their shared love for gaming.

So, here's where ONE Esports comes in - their role is to generate and sustain the buzz by introducing special Mobile Legends: Bang Bang gaming experiences that are only accessible through the Tinder app. Unfortunately, we don't really know the specifics yet, so we'll just have to wait for further information on what exactly these experiences entail.

On top of the new addition to their app, Tinder will also be sponsoring the ML: BB Community Tournaments in Indonesia and the Phillippines, while gamers in Vietnam and Thailand will get to check out exclusive content from popular streamers TMPT VGamer and ThanhTung Streamer. For our readers in these countries, and are interested in taking part, do make sure to apply soon (as a group of five) because these locally hosted tournaments are set to take place between 3-4 July.

Additionally, both companies are also giving out a bunch of freebies to some lucky winners - 10 ML: BB players from Indonesia who add Esports to their list of Passions between 25 June and 15 July will receive a gift of 500 diamonds for use in-game, while 5 Tinder users from Vietnam and Thailand will receive a special piece of esports merchandise for doing the same.

Edit (29/6): Tinder has just updated us that Arena of Valour (AoV) will not be part of the app's gaming activations as well as the aforementioned giveaway segments. Accordingly, the article has been changed to reflect the new information.

Join HWZ's Telegram channel here and catch all the latest tech news!
Our articles may contain affiliate links. If you buy through these links, we may earn a small commission.
Previous Story
Xbox chief Phil Spencer confirms that Halo: Infinite is on track to its Holiday 2021 release
Next Story
Aftershock PC has announced its new Lunar 15 Max notebook