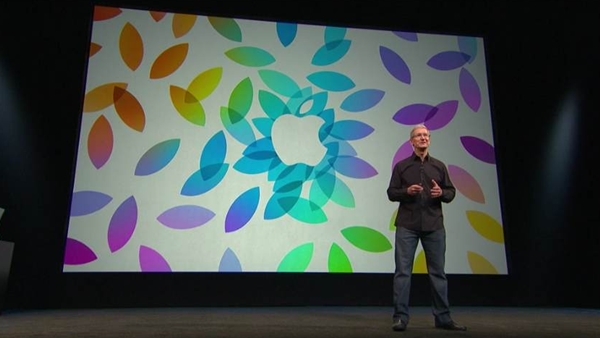 The Wall Street Journal (WSJ) had an interview with Apple CEO Tim Cook last Thursday where he shared his thoughts on new product categories, bigger iPhones, the sale of Motorola and acquisitions.

Cook shared some details on the new product categories that Apple is planning to enter this year. He reiterated that there will be new categories and the team is working on "some great stuff". Despite the crowded smartphone market, Cook believes the iPhone and iPad have not hit the ceiling, and still see great opportunities in these existing categories.

Cook - "We don’t believe we can do things at the level of quality and link things as we want to between hardware, software and services so seamlessly if we do a lot of stuff. So we’re going to stick with our knitting with only doing a few things and doing them great. There will be new categories and we’re working on some great stuff. We’re not ready to talk about it. We’re really working on some really great stuff. I think no one reasonable would say they’re not a new category."

On the topic of bigger iPhones, Cook stated that Apple will not "cross that line" until the technology is ready. He elaborated by saying that Apple cares about giving the customers what's right - the size, the resolution, the clarity, the contrast and reliability.

Perhaps the strongest hint given by him is the statement that Apple would not rule out the possibility of introducing a bigger iPhone. Bloomberg reported in November last year that Apple is planning to release a 4.7-inch and 5.5-inch iPhone this year. Apple recently also acquired machinery to produce over 100 million sapphire crystal displays a year. These displays can be used for making scratch-proof iPhone displays and/or the alleged iWatch.

When asked about Google selling Motorola to Lenovo, Cook said that it did not come as a surprise to him. Calling it "a logical transaction", Cook asserted that Google needs to get rid of something that it is not commited to and not making money.

Cook - " I wasn’t surprised. It seems like a logical transaction. Google gets rid of something that’s losing money, something that they’re not committed to. I think it’s really hard to do hardware, software and services and to link all those things together. That’s what makes Apple so special. It’s really hard, so I’m not surprised that they are not going to do that."

Cook was asked on his thoughts on Google's acquisition of Nest, and how Google's recent acquisition spree affected Apple's plans. Cook revealed that Apple has looked at big companies too, but will not acquire something for the purpose of just being big.

Cook emphasized that Apple is always on the lookout for companies regardless of size that can make great, strategic products, and he has no problem spending ten figures for a right company that he thinks will benefit Apple in the long term.

Cook - "We’ve looked at big companies. We don’t have a predisposition not to buy big companies. The money is also not burning a hole in our pocket where we say let’s make a list of 10 and pick the best one. We’re not doing that. We have no problem spending ten figures for the right company that’s the right and that’s in the best interest of Apple in the long-term. None. Zero."

Apple has made a number of acquisitions in the past year such as 3D Sensor company PrimeSense, which could bring augmented reality gaming, virtual shopping, 3D scanning and photography enhancements to its existing products.

There are also other interesting insights shared by Cook during the interview on the company's financial performance, market share and penetrating emerging markets. Hit the source link below for the full details.